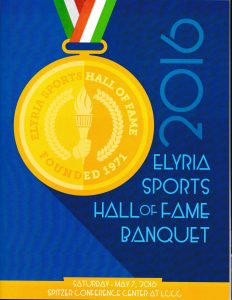 The Elyria Sports Hall of Fame proudly introduced the 45th Class on Saturday evening May 7, 2016 at the Spitzer Center on the campus at Lorain County Community College. We’ll welcome the new inductees — Mike Inge, Jessica Patton, Jenn Snyder-Larrick, Tom Ternes and Lisa Verhoff-Mevetz along with the 2002 and 2003 Elyria High Track Team that finished runner-up in 2002 and won the state championship in 2003. We also will honor long-time ESHOF trustee Larry Dixon with the Distinguished Service Award for his dedication to the Hall of Fame and his long-time association with both football and track as a well-respected official. With the addition of the five individuals and the teams, it brings the total to 221 individuals and 25 teams that have been enshrined since 1972.

Mike Inge was only eight years old when he first stepped on the track as a sprinter under the late Tom Below’s guidance for the Speed City Track Club in Elyria. Eventually, Mike found the 400 to be his event and he later added the 800. After a great career at Elyria High (2002 graduate), Mike followed his sister to Kent State. At Elyria, Mike helped the Pioneers to the state title in the 3,200 meter relay and earned All-American honors by helping Elyria place fifth at the Adidas National Outdoor Scholastic meet. At Kent, he still holds the 800 record at 1:47.77 set in 2004 and h 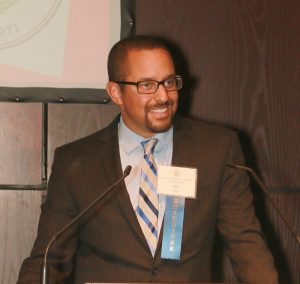 e is listed among the top ten times for both the 400 and mile runs for the Golden Flashes. In addition, Mike was a part of record-setting relay teams in the 4 X 400 and the distance medley. In 2003, Mike qualified for a berth at the Pan-Am games in Bridgetown, Barbados after winning the USATF Junior National Crown at Stanford with a personal record time of 1:?47.89. In 2005, Mike led Kent by winning both the indoor and outdoor 800-meter and 1500-meter titles. He earned All-American honors. “He is a proven champion,” said Kent State track coach Bill Lawson. “Not only when considering his physical performance, but his ability to take those around him to the next level.” Mike currently resides in Charlottesville, Virginia.

One of the most proficient runners ever at Elyria Catholic, Jessica Patton won seven varsity letters as a Panther runner before graduating in 1996. Jessica established five school records at EC u 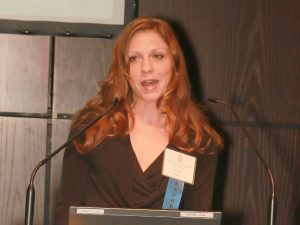 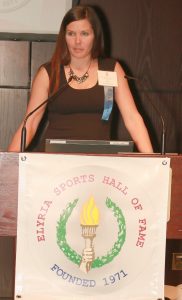 oming adversity after suffering a serious knee injury as a junior in basketball, Jenn Snyder-Larrick came all the way back from that setback to win the Miss Volleyball Award in 1998 for Elyria High. Under Hall of Fame coach Carol Russo, Jenn was the Lake Erie League’s Player-of-the Year in 1997, leading the PIoneers to the league title and a berth at the regional. As a senior, Jenn was named All-Ohio, Lorain County’s Player-of-the-Year, District 3 Player-of-the-Year, and the District 3 representative at the All-Ohio match. “When (teammate) Erin (Kingman) won the MIss Volleyball award (in 1996), I knew this is what I wanted to be,” she said when presented the Miss Volleyball Award. “So I went after it. After I injured my knee, I knew I was going to be behind and that I’d really have to work.” Jenn earned a scholarship to Akron where she remains listed at the top of several statistical career and season marks. Jenn and her fellow Hall-of-Fame husband Brett, are raising their two sons in Elyria. Jenn is the head volleyball coach at Brookside. Brett is the head basketball coach at Elyria.

Ask any Lorain County Wrestling fan and the 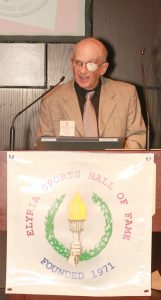 name Tom Ternes will certainly be at the top of the list of accomplishments both as a wrestler at Elyria High in the mid-1960s and for his coaching career at Southview High School in Lorain where he and his brother Dan established one of the best programs in the State of Ohio. At EHS, Tom was a four-year letterman, winning the Buckeye Conference championship in 1963, 1964, and 1965. He was voted the outstanding wrestler at the Lorain County Invitational in 1964 and 1965 and was a state qualifier in 1965. He finished with a record of 26-1 his senior year. After high school, Tom continued his wrestling career in AAU and YMCA tournaments — winning both the freestyle and Greco-Roman National titles at 136 pounds. He first started his coaching career at Elyria High and then joined his brother and fellow Hall-of-Famer Dan to form the program at Southview. The Saints never had a losing season in his 37 years at Southview. Tom resides in Grafton and still competes in horse barrel racing and pole bending where he has earned many local and national accolades.

One of Elyria’s most famous families — the Verhoffs — add another chapter to its legacy with Lisa Verhoff-Medvetz’s induction into the ESHOF. Lisa followed her older sisters Sarah and Jessie and set a standard for her younger sister Kate by winning both the Miss Volleyball and Miss Basektball awards her senior year at Elyria High in 2001 and 2002. She earned All-Ohio status in 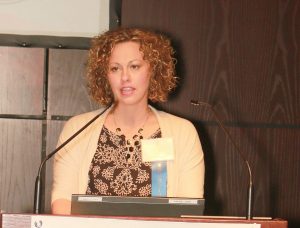 both sports. She went to join her sister Jessie at Indiana State where she earned four letters and remains the leader in 3-point shooting percentage a 44 percent and free throw shooting at 89 percent. She scored over 1000 points at both Elyria High and Indiana State. In volleyball, she was an outstanding hitter for Carol Russo. In high school, she averaged 20 points, five assists, five rebounds and four steals over her career under coach Mike Walsh. She currently is the head basketball coach at Lake Ridge Academy and lives with her husband Steve and family in Elyria. Steve, in his own right, was an outstanding basketball player at Elyria HIgh. 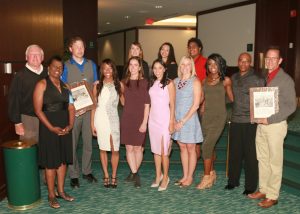 r-up honors in the state in 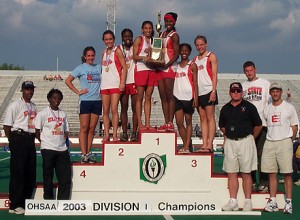 the spring of 2002 and came back to win the state title a year later. Bartoletta will certainly earn her spot in the Hall of Fame individually once her renown professional career is complete. In 2002 and 2003, Tianna Madison broke ground for the Pioneers at the state meets in Columbus. Under the direction of head coach Jackie Below, Elyria finished second to Beaumont in 2002. Elyria scored 45 points, nine less than Beaumont but in 2003, the Pioneers weren’t denied. Elyria scored 41 points to beat out Canton McKinley by 12 points to win the state title. In 2003, Madison won the 100 meter dash with a time of 11.72 and Maria Whitely came in eighth at 12.46 to earn Elyria 11 points. Elyria also won the 4 X 100 meter relay led by Madison, Whitely, Heather Davis and Christina Madison. Madison also won the 200 meter with a time of 22.02 and the long jump with a 20-foot, 5.75 inch leap. In 2002, Elyria won the 400M relay and finished 8th in the 800M. Whitely, Marita Below, Heather Davis and Madison ran the 800M while Whitely, Below, Heather Davis and Mystal Davis ran the 800M. In addition, Marielle Brinda was 5th in the Pole Vault.

Larry Dixon (left) has dedicated his life to be 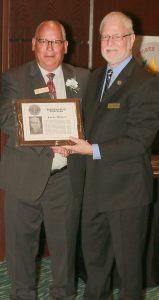 ing an official on the football field or track as well as being a member of the ESHOF board since 1988. Larry has chaired the ESHOF banquet three times. Larry has officiated track for over 30 years and has been a USATF official for the past 25 years. He’s been assigned to 25 regional events, 12 state meets, 10 indoor and outdoor national championships and participated in two Olympic Trials in 2004 and 2008. In football, Larry began his referee career in 1990 and he has had playoff assignments in 60 playoff games including five state semi-final games and six state championships. He is a past president of the Northern Ohio Football Association in 1999 and has served as the secretary/treasurer of the organization since 2002. He’s being handed his Distinguished Service Award by ESHOF Chairman Tim Gebhardt.