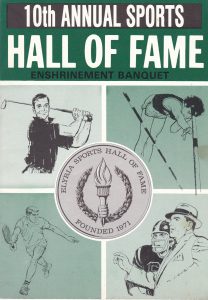 isner and Tony Curcillo. Glass was named All-Conference, All-District and All-State off that outstanding 9-0 team coached by Dwight ‘Ike’ Truby. He also was on the 1945 and 1946 teams and played basketball and baseball for the Pioneers as well. Glass went on to Bowling Green where he continued to play center and linebacker. He earned three letters for the Falcons and was captain of the 1951 team. He was selected to the All-MAC team in 1951. Glass passed away in 2009. He had been living in Elyria after a career as head of the Occupational Work Experience (OWE) program with Southview High School in Lorain. Ollie passed away in 2009.

the most successful coach in the history of Elyria Catholic. Guinta’s teams at St. Joseph won only 39 games, lost 69 in a five-year span but Guinta did have two winning seasons at Wapakoneta, a perennial loser when he arrived. Guinta went on to Celina Immaculate where in three years, he 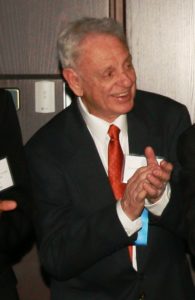 was 65-12, taking his 1964 team to the state finals, finishing at 27-2 and runnerup in Class A. He was named UPI’s Class A Coach of the Year. Guinta came to Elyria Catholic for the 1966-67 season and in 22 years compiled an outstanding mark of 329-154. Overall, Guinta’s teams won 433 games, lost just 235. His teams won 16 conference, 16 sectional, nine district, and two regional championships – one at Elyria Catholic in 1973 when both Elyria Catholic and Elyria High qualified. He won the prestigious Paul Walker Award in 1988 and was inducted into the Ohio Basketball Coaches Hall of Fame in 1991. He is also a member of the Lorain County Coaches Hall of Fame. Guinta and his wife Shirley still live in Elyria.

Elyria High had arguably the best overall coaching staff in the state of Ohio in the 1960s. The Pioneers were very competitive in all sports. One of the most successful was Jim Rakestraw’s tennis program. Rakestraw’s teams won over 500 games. He was the 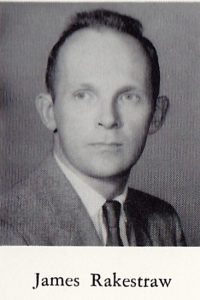 first tennis coach in the state to attain the 400-win plateau. He was inducted into the Ohio Tennis Coaches Hall of Fame in 1983 and the Coaches’ longevity award is named in his honor. His overall record was 501-132 when he retired in 1982. Rakestraw’s boys record was 434-117 over 36 years. His girls teams were 67-15. He was the first Ohio High School coach to reach the 400 plateau and when he retired, no other Ohio high school coach was within 100 wins of his total. The highlight of his coaching career may have been the 1959 state doubles championship won by Larry Stark and Jim Guest. It was the first and only state tennis championship won by an Elyria High entry. His 1964 team was undefeated (18-0) and won the prestigious North East Ohio title, beating state power University School in the finals. Rakestraw came to Elyria after an outstanding career at Toledo University. Not only was Rakestraw a great high school coach, he was a great tennis player in the area. He won Elyria City singles crowns in 1958, 1961, 1963 and 1964 and doubles crowns in 1961, 1962, 1964, 1965, 1966, 1967 and 1968. He also organized and ran the city of Elyria’s summer tennis program for 16 years. Rakestraw passed away in 1980.

Pound for pound, one of the best defensive linemen Elyria High has ever prod 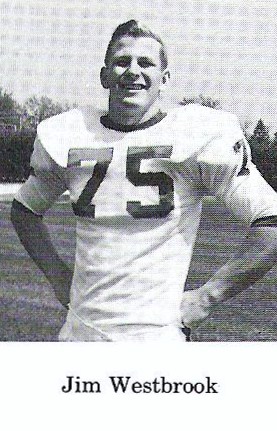 uced is Jim Westbrook. Westbrook was a tenacious middle guard on one of the best Pioneer teams ever – the once-beaten, 1964 team under Coach Bill Barton. Westbrook was named to the All-Ohio team following that season. Elyria finished rated 3rd in the state that season behind Massillon and Canton McKinley. It’s only loss was a 6-0 opening night 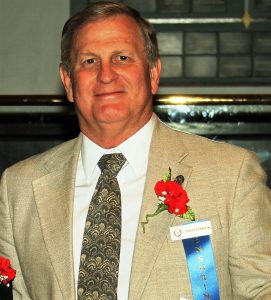 heartbreaker at Barberton. The defense allowed just 32 points for the entire season and manhandled defending Buckeye Conference champion Sandusky, 32-6, midway through the year. It concluded the season with a come-from-behind 23-14 victory over Lorain. Westbrook was the leader of that outstanding defense. He was also an outstanding wrestler at 167 and 177 pound classes and continued to do well in both sports at Baldwin-Wallace. He lettered for the football team all four years. His first year, he was named the outstanding freshman and as a junior and senior was named as the most valuable defensive lineman. In wrestling, Westbrook finished among the top four at the Ohio Conference championships three times. He was one of the few B-W athletes to captain both the football and wrestling teasm as a senior. Westbrook is a member of the B-W Hall of Fame and has retired as a teacher and coach in the Elyria School system both at Elyria High and Elyria West.

Ever wonder who was named as the first All-Ohio football player from Elyria High? It was Tony W

olodzko in 1938. Wolodzko was called ‘one of the five best players I ever coached’ by Elyria coach Roy Clymer. Wolodzko led the Lake Erie League in scoring in 1938 and was named to its all-league team. He could kick, run and throw. Chronicle sports editor Russ Davies – a member of the ESHOF – called Wolodzko ‘the best all-around back in the Lake Erie League’. Wolod 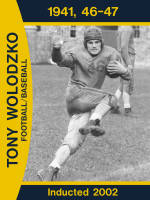 zko tallied 13 touchdowns for Elyria. The Crimson, as they were known in those years, finished 8-1-1, a season-ending 13-12 loss to their bitter rivals from Lorain spoiling a chance to win the LEL title. Lorain led 13-0 at halftime and Elyria’s second half rally came up short. Wolodzko earned two letters in football and won the Gold Buckle for Golf in 1938. He attended Ohio State but joined the Air Force for World War II. After the war, Wolodzko continued his career at Toledo University as a punter and halfback. He earned four letters at Toledo and was captain of the 1947 team. Before his death in 1971 at the age of 50 due to cancer, Wolodzko taught in Michigan and in the Cleveland School system. He was inducted into Toledo University’s Hall of Fame in 2002 (see right). Tony passed away in 1969.