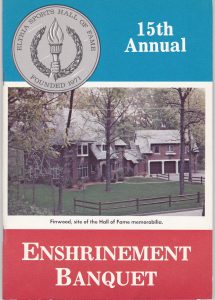 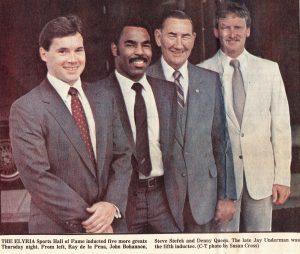 ror on the football field. Every time he was knocked down or overlooked, he bounced right back. His size probably prevented him from being named to Elyria Little League South’s All-Star team but his team won the city championship just the same. In Seniors, he made the All-Star squad every year. At Elyria High, Bohannon was a hard-hitting defensive back on the Pioneers undefeated 1969 team and was named to the All-Buckeye Conference team a year later. He became a starter on the baseball team that advanced to the regional finals – the farthest an Elyria High team had advanced to that point. Although he was a great second baseman, he was moved to the outfield because of his tremendous speed. He was among Elyria’s leaders in hits, runs, triples and stolen bases. Bohannon overcame the odds again at the College of Wooster. Twice he was cut from the baseball team but kept coming out and made the All-Ohio Athletic Conference team. In football, Bohannon was second team All-OAC as a junior and first team as a senior. For two years, he was Wooster’s defensive backfield MVP. He set a school record with 14 interceptions. After graduation, Bohannon played in the top sandlot baseball leagues in Cleveland for three years and then took up the sport of tennis where he won three Elyria City singles championships.

At the tender age of only 7 years, Raymond de la Pena enjoyed swimming at th 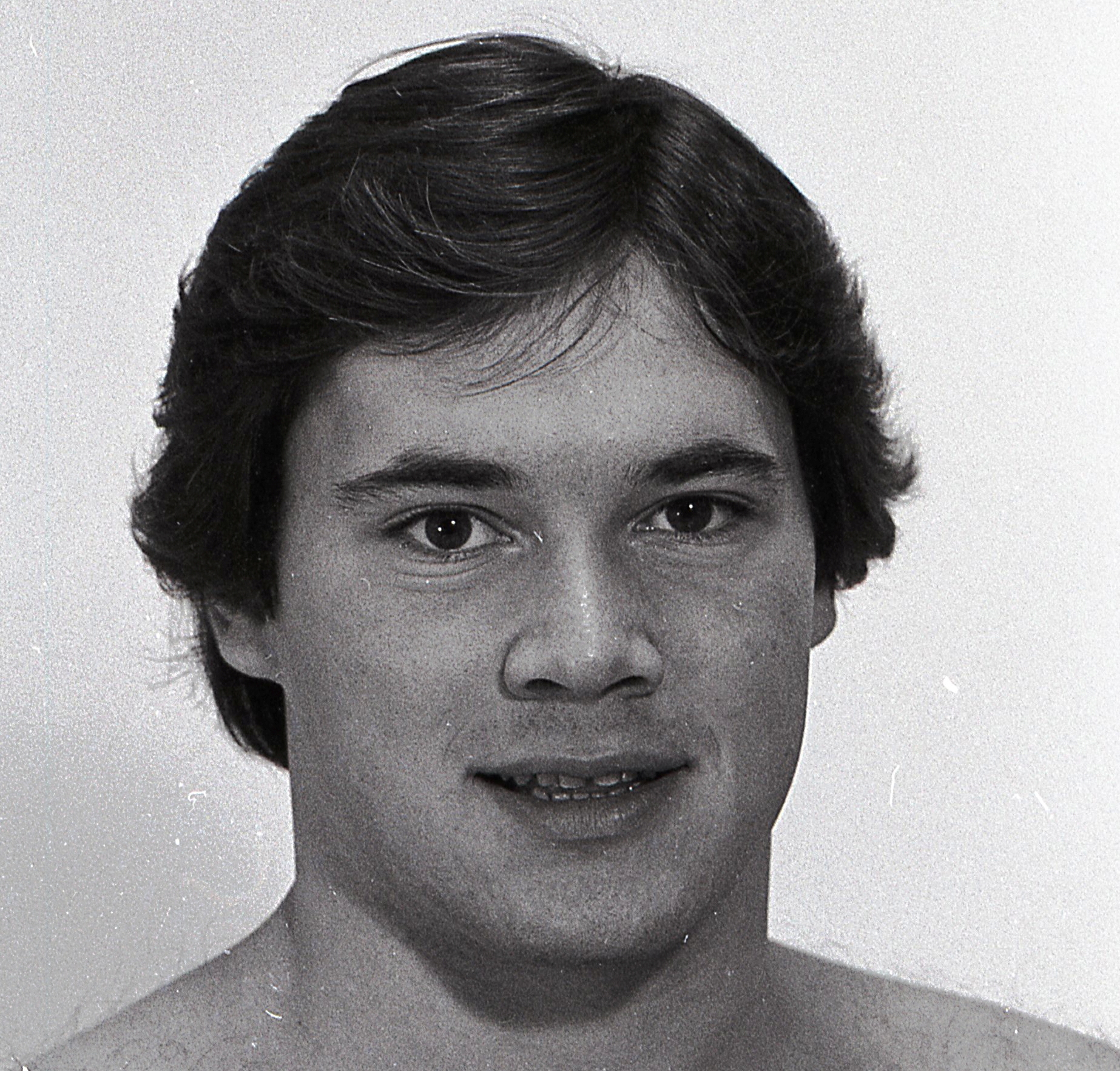 e Elyria Country Club and was asked to try out for the swim team. It started de la Pena on a great swimming career where he set a school record at the College of Wooster of 1:04.9 in the 100-yard breaststroke. De la Pena qualified for the Division III national meet as a member of Wooster’s 400-meter relay team in 1978 and 1979 and was All-American. In 1980, he advanced to the national meet in the 100-breaststroke. A 1977 graduate of Elyria Catholic, de la Pena played basketball and football for the Panthers when not practicing his forte.

When it came to pitching, few did it better than Denny Queen. Queen’s 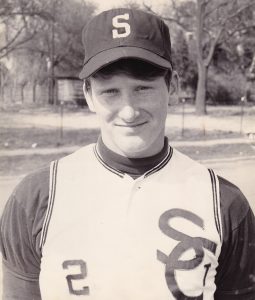 exploits on the mound will be remembered by area fans for a long, long time. Queen, a lefthander, found success at every level of play, whether it was Little League, high school, American Legion, or professional baseball’s minor leagues. Queen’s career began early. Pitching for Little League East, Queen made the All-Star team both in 1961 and 62. He pitched a no-hitter in All-Star play. In 1967 and 68, he hurled for Elyria High and led the Pioneers to a district title. He compiled a 6-1 record with 106 strikeouts in only 61 1/3 innings. He was at his best when it counted most with a 3-hit, 15-strikeout performance to help the Pioneers win the district title game. Pitching for the American Legion team, Queen fired a no-hitter, striking out 16 batters in 1967. The following year, he allowed only 21 earned runs with 202 strikeouts in 108 innings pitched. He went on to pitch for St. Clair Junior College in Michigan. Among his accomplishments at St. Clair was being named to the first team Junior College All-America and voted Most Likely to Succeed in Pro Baseball in 1970 after compiling a 10-1 record with a 0.58 ERA. He struck out 17 hitters in the National Junior College World Series. Queen was signed by the Cleveland Indians in 1970 and played for the Tribe’s rookie league team in Sarasota, Florida, where he was named to the All-Star team. He advanced to Reno (Class A) and Jacksonville (Class AA) but arm and shoulder injuries forced him to retire in 1973.

When area boxing fans talk about the local history, Elyria’s Steve Stefek’s name undoubtedly pops up. Stefek made his name as a fighter and trainer after seeing Jack Dempsey and Jack Sharkey duke it out on an newsreel flick in the old mov

ie theaters back in Brownsville, Pa. Stefak began his career at the age of 18 and over the next three years became one of the top middleweights in the Greater Pittsburgh area – winning two Golden Gloves titles, the Pennsylvania State Championship and the Western Pennsylvania Championship. Twice he boxed on amateur cards featuring future world heavyweight champion Joe Louis. His travels took him to a national tournament in Boston and to New York’s Madison Square Garden. He suffered a freak shoulder injury in 1933 and was forced to leave the ring. That’s when he moved to Elyria and became involved in the boxing program at the YMCA. While sparring with many of his fighters at the YMCA, Stefak discovered his shoulder had healed well enough for him to return to the ring. Stefak faced the reigning Cleveland Golden Gloves champion and defeated him twice. He turned professional and finished with a 8-1-1 record. A shift change at his regular employment forced Stefak to retire from the ring. Stefak won about 115 times, lost only about 10 times and was never knocked out. Stefak became more involved with training and turned out some pretty good boxers including Joey Gentile, Johnny Merante, Earl Kehl, Al Hariman, Don Fulton, and Roger Dickerson. Fulton won the Golden Gloves in Lorain and Cleveland and was the champion in the Marines. Stefak and other local promoters set up several big shows in Elyria. He passed away in 1993.

any single player, it was Jay Underman who brought Elyria High back to the top after five so-so years following Hall of Famer Dale Reich

enbach’s retirement. The first of three Underman brothers to excel for Elyria High, Jay’s leadership and inspired play ushered in the Mike Riley Era. He would dive on the floor to come up with loose balls and he was one of the first players down the court to score on a fast break. He was the leading scorer and rebounder on one of the Pioneers most storied teams. In 1973, Elyria caught fire at tournament time – reaching the state semi-finals. Only after Jay got in foul trouble against Cincinnati Elder did the curtain fall on the Pioneer season. His block of Al Harris’ shot clinched a one-point victory over Admiral King in the district tournament. Jay was all-Buckeye Conference and Special Mention All-Ohio. He went on to Bowling Green on a basketball scholarship and played in the short-lived Commissioner’s Tournament that involved many second place teams from around the country. He transferred to Villanova where he was the ‘Cats valuable sixth man, helping Villanova to NIT and NCAA tournament berths. Underman played a year of professional basketball in Malmo, Sweden and was doing well in business when he was tragically killed in an automobile accident at age 25 in Iowa on December 31, 1980. Elyria High annually awards the Jay Underman Memorial Award in his honor.