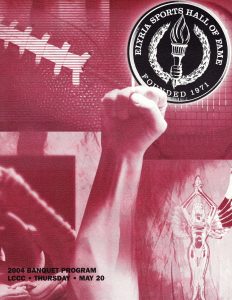 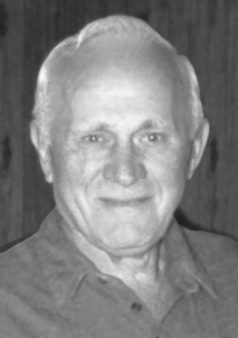 mostly for his golf game, Max Jalowiec is a versatile athlete in several areas including bowling and softball. Locally, Jalowiec designed the courses at Brentwood and the back nine at Indian Hollow. He’s had three holes-in-one in his career. At Elyria High, Jalowiec participated on Elyria’s 1937 state qualifying golf team after winning district honors at Grantwood. He was club champion at Spring Valley in 1942 and at Cherry Ridge in 1943. Jalowiec won two Lorain County Golf Championships in the 1950s and won the first American Legion Golf tournament. He led American Legion Post 12’s gold team to state titles in 1968 and 1969. He was medallist three times at the state tournament. On the lanes, Jalowiec bowled a 667 series (226-198-243) in an era when a 600 series was considered an outstanding and rare feat. It was a league high that season. On the softball diamond, Jalowiec pitched for the legendary 1940 city and county champion Vic Silver’s Jewelers in fast-pitch softball, which was very competitive in that era. Max passed away in 2008. 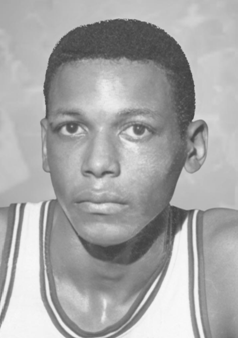 Ed Ranson as the ‘best all-around player’ he’s ever seen. Ransom was one of the key performers on legendary coach Dale Reichenbach’s final team at Elyria High in 1965-66. Ransom, at 6-foot-3, led the Pioneers to the Buckeye Conference championship and a regional tournament appearance. He scored 378 points and led the team with 235 rebounds – 103 off the offensive glass. He was credited with 62 assists and averaged 15.8 points per game. Ransom had the highest efficiency rating ever under Reichenbach’s elaborate way of evaluating his player’s performance. He made 45 percent of his field goal attempts and 66 percent of his free throws.  He continued his basketball career at Lorain County Community College under head coach Chuck Machock, the former Elyria Catholic coach, who said of Ransom, “he’s the best I’ve ever seen at his position.” 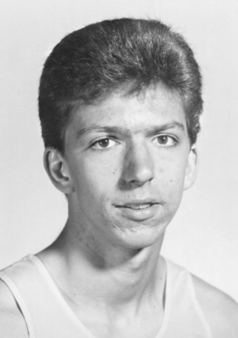 pion cross country and distance runner throughout his career, Ron Rick excelled at both Elyria Catholic and Wake Forest. He was fourth overall as EC won the cross country state title in 1978. At the state track meet in 1981, Ron was first in the 1600 and the 3200 at state his senior year – an amazing feat. He won the 1600 race by an estimated 25 yards over the second place finisher and easily won the 3200 by an estimated 40 yards. He personally scored 20 points for EC at the state meet – giving the Panthers fourth place overall – their highest finish at that time. (The 1600 meters used to be called the mile, the 3200 two miles). His time (4:14.04) for the 1600 set a state record. He ran the 3200 in 9:22.92. He qualified for the state meet three straight years. At Wake Forest, Ron was an all-ACC runner all four years – the only Wake Forest runner ever to accomplish that feat.  He was also named to the ACC’s 50th anniversary men’s cross country team in 2002.

A three-year sport star at Elyria High, Steve Sunagel went on to a great baseball career as a 3rd baseman at Wooster. On the football field, Steve was a starting safety on the 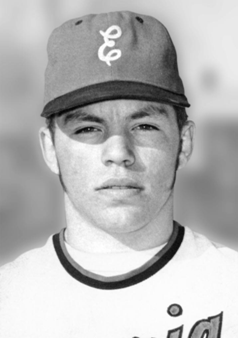 undefeated 1971 2nd ranked Pioneers. He was named honorable mention as an All-Buckeye Conference defensive back his junior year and 2nd team All-Conference his senior season. That team finished 9-1 and were ranked 5th in the state. Steve also lettered in wrestling at 126 pounds but he is best known for his play on the baseball diamond. At EHS, Steve led the team in hitting as a junior and followed that up by leading the team in hits, runs scored, stolen bases, and RBIs his senior year. Elyria won the Buckeye Conference and set a school record for the highest winning percentage at that time. Steve was named ‘the most athletic’ male at Elyria High. At Wooster, Steve was a two-year letter winner. He led the Scots in hitting (.378), runs scored, home runs, and RBI his senior year. He was named to the All-Ohio Athletic conference team and was a 2nd team NCAA District IV selection. He led Wooster to its first post-season NCAA appearance. Presently, Steve was the head baseball coach at Elyria High after holding a similar position at Lorain County Community College. Sunagel continues to coach college-aged players in summer leagues. 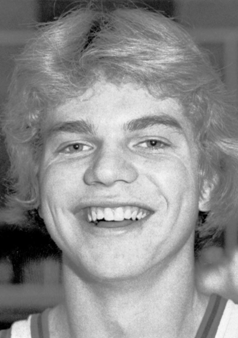 Elyria Catholic legendary coach and Elyria Sports Hall of Famer Bob Guinta tutored many all-star players, but he ranks Bobby Warden right up there with the best. Bobby earned all-Ohio status for his play on Elyria Catholic’s regional qualifier in 1981 under Guinta. Warden was runner-up as Ohio’s “Player of the Year” in his class. Bobby led the county in scoring with his 26.7 average in 1981, becoming the first Elyria athlete to top the 600-point mark at the time. EC was 23-2 his senior season and 19-3 during his junior year. For his career, Bobby scored 1,286 points (213 as a sophomore at Elyria High and 320 as a junior at EC). It was a city career record at the time. He shared Mr. Basketball honors for the 1980-81 season with EHS Hall-of-Famer Tom Underman. He went on to play collegiate basketball at Sheridan (Wyoming) Junior College and the University of Hawaii at Hilo. Bobby passed away in March of 2019. 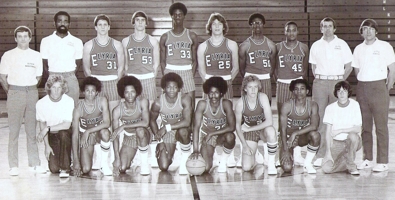 Elyria High set a school record with its 24 wins in 1976-77 – going undefeated in regular season play for only the second time in school history. Under Mike Riley, the Pioneers qualified for the state tournament with thrilling wins over John Adams (39-37) and Toledo Scott (52-48 in overtime) at the Kent State regional before being humbled at the state tournament by defending champion Barberton. In all honesty, the team probably peaked too early in the year. Elyria thrashed second place Findlay, 88-39, on January 21 – the worst defeat the Trojans ever absorbed on the basketball floor – and the Pioneers followed that up with a 91-55 whipping of Sandusky. For the season, Elyria averaged 67 points a 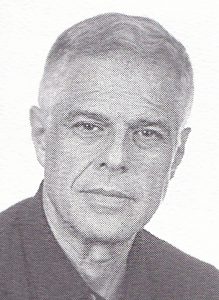 Long-time Chronicle sportswrited Roger Negin served on the ESHOF board for nearly 30 years, serving on the executive committee for many of those. He was chairman of the Hall of Fame in 1981. He had written the scripts for the banquet for nearly 20 years and his introduction of both the past and newest inductees was always a treat at each banquet. Negin won many writing awards and covered many of Elyria High’s, Elyria Catholic’s and Elyria West’s greatest triumphs. He was inducted into the Prep Sportswriter’s Hall of Fame in 1998 and was honored by both the county football and basketball coaches association by being inducted to the local Halls of Fame. He was chairman of Little League North’s board from 1979-1985 where he was president, vice president and player agent. He was a member of the Vic Janowicz Day Committee in 1991 and was on the Pioneer Fieldhouse Committee from 1992-1994. He was blessed with a great memory and could recall details of past events as if they just happened. Negin retired from the Chronicle in 2009 and passed away in 2016.