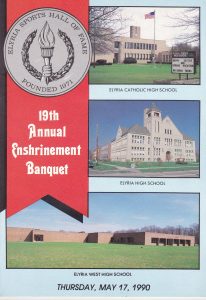 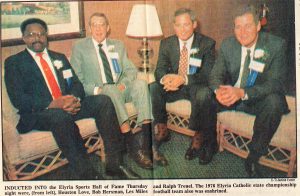 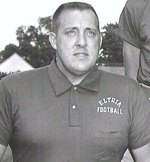 tant basketball coach under Dale Reichenbach and later a head coach of the Pioneers, was one of the ‘nice guys’ and he certainly didn’t finish last. For 13 years, Hersman was Reichenbach’s right-hand man and had a lot to do with the success of the basketball program – consistently sending talented players to the varsity. As a junior varsity coach, Hersman compiled a 165-25 record – twice finishing with undefeated seasons. At one time, Hersman’s teams had won 51 games in a row. When Reichenbach retired following the 1965-66 season, Hersman took over and kept Elyria’s tournament magic alive. After compiling a so-so regular season record, Elyria caught fire at tournament time – knocking off Bubbles Harris and the 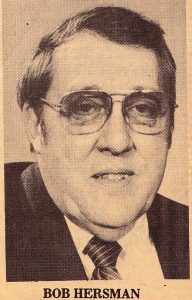 powerful second ranked Admiral King Admirals, 73-72, in one of the storied all-time Elyria victories. The Pioneers defeated Sandusky a week later – avenging four regular season defeats in the process (two to King and two to the Blue Streaks). Elyria’s tournament run ended the next night in the regional finals to East Tech. Three years later Hersman had Elyria playing for the regional championship again but came up short. Hersman coached the Pioneers from 1967 through 1971 before switching over to Westlake to serve as Athletic Director. Hersman retired in 1986 after 36 years in the teaching profession. He later served as commissioner of the Erie Shore Conference. Hersman’s motto was to be ‘a good teacher, be good with the kids and be good for the kids.’ He certainly was.

Success has followed Houston Love wherever he has gone. At Elyria High, Love was a 3-sport star 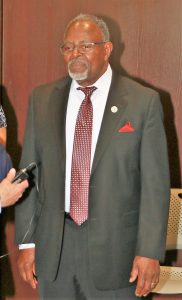 nd track. He nearly earned a fourth in track. He played tailback, punted and kicked off for the 9-1 state ranked Buckeye Conference football champions. In basketball, he was a 3-year starter at center and forward, helping the Pioneers to a state final four berth in the 1964 tournament. Love, in spite of his modest 6-foot height, used his strong thighs to out-jump many taller players and was a rebound magnet for coach Dale Reichenbach. In track, he competed in the long jump, the 100- and 200-yard dashes and was a member of the 880-yard relay team. He captained the track team his junior and senior seasons. He earned a scholarship to Miami of Ohio, where he earned one letter under Bo Schembechler, who later coached at Michigan. After college, Love landed a position in the Lorain City Schools – teaching and coaching at Admiral King. As track coach at King, Love’s teams set a record with 52 consecutive dual and triangular meet victories. He later served the Lorain Schools as athletic director before retiring. Love continues to teach in the Elyria Schools today.

Les Miles competed in baseball and wrestling in the early 1970s at Elyria High, but his forte was – and is to this day – football. At Elyria, Miles earned a reputation as one of the best linemen ever to wear the red and white. Miles continued his great play at Michigan and after graduation, became a line coach for Colorado before retur 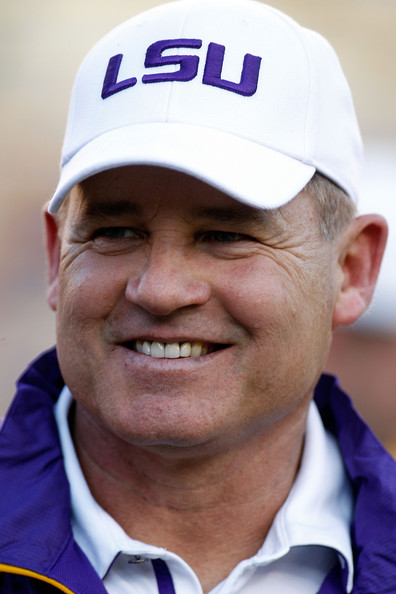 ning to assist with the Wolverines. Miles completed a very successful head coaching stint at Oklahoma State before accepting a position as head coach at LSU where he led the Tigers to the national championship by beating Ohio State, 38-24, on January 8, 2008 for the 2007 title. At Elyria, Miles was a two-way star, playing both offensive and defensive guard. In 1971, Miles was a key performer for Elyria’s undefeated 2nd ranked Pioneers. Elyria was 10-0 on the year, finishing behind only Warren Harding in the final rankings. (There were no post-season playoffs in Ohio in 1971). Miles headed a defensive unit that relinquished the fewest yards for a season in school history. Offensively, Miles led the way to enable Ike Maxwell to establish a then Lorain County single season scoring record of 166 points and establish an Elyria High single season rushing mark of 1,870 yards – a mark still standing today. Miles earned first team honors in the Buckeye Conference on both sides of the ball and was named first team All-Ohio by the UPI. Opposing coaches described him as ‘virtually un-blockable’ and labeled him a ‘major college prospect’. He proved everyone right by earning two letters as a member of Schembechler’s offensive line. Miles also coached for the Dallas Cowboys of the NFL. Miles eventually took over the program at Oklahoma State and managed to coach the Cowboys to a couple of upset wins over national powerhouse Oklahoma. He accepted the head coaching position at Louisiana State to start the 2005 season. At Oklahoma State, Miles compiled a 28-21 overall mark – very good considering his team finished 4-7 his first year. Miles has an astonishing 114-34 record with the Tigers, including winning the 2008 National Championship.  Miles recently took over as head coach at Kansas. His career mark entering the 2019 season is 142-55.

Elyria High produced a number of great pitchers in the 1960s and 70s and Ralph Treuel has to be considered at or near the top of the list. Treuel was groomed in Elyria’s outstanding Little League program before becoming an outstanding hurler for the Pioneers – going 6-1 his senior year as the Pioneers finished 18-2 and Buckeye Conference Champions in 1973 under coach Jim Beery. That summer, Treuel was 7-1 and named the MVP of the American Legion Post 12 team. He turned dow 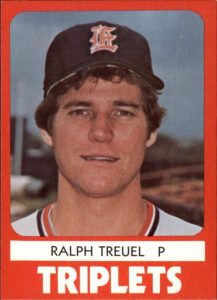 n a college scholarship to sign a professional contract with the Detroit Tigers in 1973. For most of the 1970s, Treuel had many great moments in minor league baseball. He was rated at one time to be the top minor league prospect for the Tigers. In 1977, at Lakeland, Treuel once retired 20 straight hitters and finished with a 3-hitter. He once had a no-hit game through seven innings. His 10-6 mark qualified him to start the first game of the post-season playoffs. In 1978, Treuel pitched for both Montgomery in Class AA and Evansville in AAA, posting a 14-9 record overall, 12-6 at Montgomery where he started 7-1. He was named to the Southern League All-Star team. In ’79 he started 6-1 for Evansville before finishing 8-7. Shoulder problems cut his career short but he finished with a professional mark of 53-43 with 10 shutouts. He later coached for both the Tigers and the Boston Red Sox in major league baseball.

There is nothing like being first – especially when it comes to winning a state football championship. Elyria Catholic’s Panthers turned in the impossible in 1976 in winning the state championship under a first year coach – Jim Rattay. The fact Rattay even had the job is a story in itself as Mike

Noonan left the Panthers with almost no notice after a 7-2 record in 1975.  That came on the heels of a 0-10 season in 1974. Imagine a new coach taking over a program at the last minute that just suffered through a winless campaign two seasons ago. Rattay, an assistant at Lake Catholic in 1975, saw his team lose its only game in 1976 to the very Cougars he had helped the year before but from that point on, EC was unbeatable – winning its final seven games and trouncing undefeated Brookville, 34-10, at the Rubber Bowl in Akron. The Panthers had knocked off previously unbeaten Huron the week before, 14-0, at Baldwin-Wallace in the State semi-finals. In the championship game, Bryan Thomas had an incredible 287 yard rushing night – an Elyria record at the time – scored three touchdowns – one a 78-yard TD run and another coming on a kick return of 95 yards – all state tournament records at the time. The 1976 Panthers paved the way for two other state championships in 1983 and 84. Until Avon Lake turned the trick in 2003 – EC was the only Lorain County school to claim a state football title.