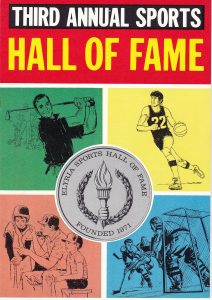 For nearly half a century, Russ Davies enlightened Elyria readers through hi 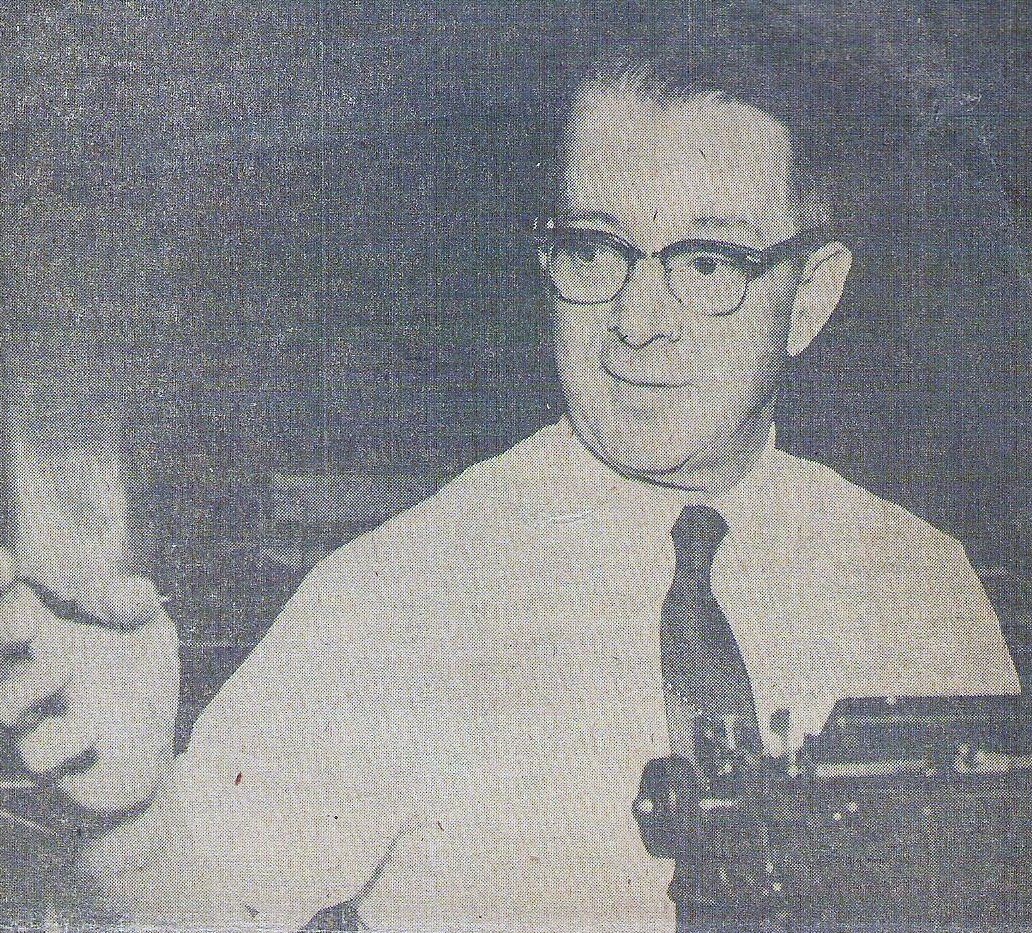 s columns in the Chronicle-Telegram. Davies was sports editor for 25 of those years – retiring as Sports Editor in 1955 but continuing to write a weekly column for the C-T. Davies was known by thousands of readers for his “Rustlin’ Through Sports” column and covered thousands of sporting events from high school football and basketball to the pros. He wrote about countless athletes and personalities. He was Lorain County’s chief sports historian, one of the first members of the Football Writers Association of America and a charter member of the National Football Foundation and Hall of Fame. He retained his memberships and a vote for the Heisman Trophy, college football’s most reknown award, until his death in 1973.

one of Elyria’s greatest athletic boosters and the name George Day is right at the top of the list. Day continued to support Elyria athletics right up to his death. He was a key figure in the Pioneer Club, serving as its president. He purchased countless trophies for championship recreation teams, donated scoreboards for the local YMCA and recreation center gymnasiums as well as American flags for both Ely Stadium, the Knights of Columbus Field and George Daniel Field. He rarely missed an Elyria High football, basketball or baseball game – home or away – and the baseball field at Ely Stadium bears his name – George Day Field – as a tribute to his support. Even at his senior age, Day was a standard of physical fitness – completing a five-year jogging project that carried him 2,500 miles at the age of 88. He was named Mr. YMCA in 1966 and was an end on one of Elyria High’s earliest football teams – graduating in 1903. 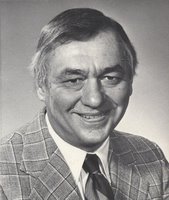 Michigan and the champion was Elyria’s own Art Hudnutt. The year before, reknown golfer Jack Nicklous won the event, a year later Tom Weiskopf. Hudnutt’s name was in pretty fast golf company. Locally, Hudnutt was the Elyria Country Club champion 11 times from 1954 to his induction into the Elyria Sports Hall of Fame in 1974 and only once in that time did he fail to qualify for the finals. Hudnutt qualified for the U.S. Amateur four times and competed in the British Amateur at Carnoustie, Scotland, winning his first two matches. In Ohio Amateur competition, Hudnutt got to the semi-finals at Toledo Country Club in 1966 before losing to eventual champion Bobby Littler. After the tournament went from match to medal play, Hudnutt finished in the top 20 in 1971. He has won numerous titles in the Cleveland District Golf Association competition. Hudnutt is a Hall of Fame inductee at his alma mater Ohio Wesleyan, where he participated in golf and swimming. For many years, Hudnutt served as Master of Ceremonies for the Elyria Hall of Fame banquet.

Literally thousands of Elyrians – young and old – owe their first taste of competitive sports to Herman “Shorty” Lappin. Credited with starting Elyria’s Little League program in 1950, Lappin was involved directly with the local program for three decades. Lappin served as 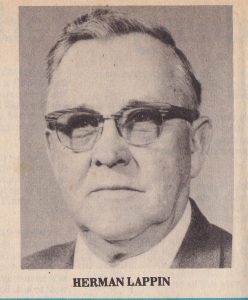 West Little League president for 16 years and was District Administrator for 21. The field behind the old General Motors plant on Telegraph Road served Little League West’s Majors for three decades and was named after Lappin. Lappin began his baseball journey as a youth baseball coach for a Class F team in 1942. In 1949 he began the midget program in Elyria and a year later Little League. Elyria had only one Little League in 1950 but it soon spread to each side of town. Little League South won the city’s first state title in 1958. North followed suit with championships in 1961 and a senior championship in 1967. West not only won the state crown in 1969 but came a whisker from winning the national tournament at Williamsport, Pennsylvania. That team is enshrined in the Elyria Sports Hall of Fame. Those feats would have never come to pass had it not been for the foresight and hard work of Herman “Shorty” Lappin.

d on the scene in 1953. “Rick”, as players, fans, and fellow coaches affection 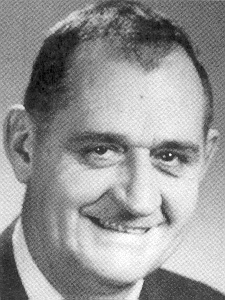 ately knew him, took only three years before starting Elyria High on a string of success in basketball unequaled in Lorain County annuls. From 1957 through 1964, the Pioneers won the local big school district championship – a streak of eight years under Reichenbach’s tutelage – twice qualifying for the state tournament’s final four. After a one-point loss in the sectional final in 1965, Reichenbach returned the district trophy to Elyria in 1966 – the final year of his brilliant 13-years at EHS.  Reichenbach’s teams won 221 games, lost only 78 and won the prestigious Buckeye Conference championship four times. At one point, Reichenbach’s teams won 28 consecutive league games – a record for the league. Overall, in 19 seasons of coaching, Reichenbach compiled a 343-107 record, a winning percentage of .762. His 1958-59 team was unbeaten during the regular season and was inducted into the ESHOF in 1999. At Grand Rapids in 1951, his team won the Class B state championship with a 29-2 record. He had four other teams win at least 20 games and in his 13 years at Elyria, only one had a losing record. As a high school player at Blufton (1937 graduate) he led his team to the state tournament and eventually played and graduated from Blufton College in 1941. Reichenbach was also inducted into the Ohio High School Basketball Coaches Hall of Fame in 1995.