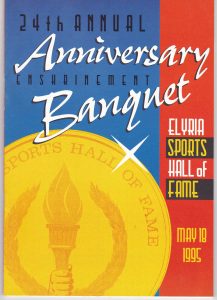 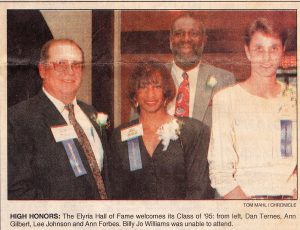 Success in athletics was never a problem for Ann Forbes. She left a trail of high school and college achievements to prove it. From the time she won the Lorain County Pentathlon as a sophomore at Elyria West, it was obvious 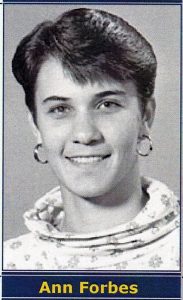 Forbes was a special athlete. Her track career culminated with a Class AAA state championship in the high jump, the first individual state track title ever won by a female athlete at West. But Forbes, a 1988 graduate, was at her best in basketball. A 6-foot-1 guard, Forbes set more than 10 school records during her career at West, including single-game marks for points (39) and assists (12), and season marks for points (545) and free throw percentage (77) and assists (125). Her 300 career assists were also a West record. Forbes received a string of honors after averaging 22.3 points and 9.3 rebounds in leading West to a 22-2 record her senior season. She was Lorain County’s Co-Ms. Basketball, All-Lorain County Division II Player of the Year, Lorain County Conference MVP, The Chronicle-Telegram Player of the Year, All-District first team, All-Ohio second team, and the George Day Award winner as West’s outstanding senior athlete. She continued her basketball career – and success – at Kent State, where she moved into the starting lineup six games into her freshman year. She made the MAC All-Freshman team, was honorable mention All-MAC as a sophomore and was first team all-league as a junior and senior. A two-year co-captain, Forbes led the MAC in scoring as a junior. The 1,728 points still ranks fourth all-time for the Flashes and her 20.2 scoring average is still third-best all-time for a single season and her 16.5 career average is fourth. She still holds the school record for points in a game with 43 in 1991 during the MAC tournament vs. Bowling Green. Forbes still ranks among Kent’s career leaders in three-point shooting percentage, free throw shooting percentage and blocked shots. She was inducted into Kent State’s Hall of Fame in 2003 and currently is employed by the United Parcel Service in Hilliard, Ohio.

Whether at high school or college, Ann Gilbert left her mark on the game of basketball. A standout

point guard at Elyria High, Gilbert led the Pioneers in scoring, assists, and defense her junior and senior years. She averaged 18.5 points a game and dished out 106 assists as a senior to earn a spot on the All-Ohio first team. She was also named the 1986 Lorain County Ms.

Basketball. Gilbert’s prowess earned her a scholarship at Ohio University where she excelled for two years before transferring to Oberlin College where she blossomed. She led the nation in scoring as a junior (31.1 ppg) and was second as a senior (31.2). A two-time NCAC Player of the Year and Division III first team All-American, Gilbert was honored by Sports Illustrated and Honda as America’s Female Athlete of the Year in 1991. Holder of 24 Oberlin College and 10 NCAC records upon graduation, she also held the NCAA Division III single game scoring record (61 points), field goals (28) and field goal attempts (55). She still holds 22 of Oberlin’s records. Upon graduation, Gilbert returned to Oberlin College to serve as an assistant coach for both the women’s and men’s programs and was named the head women’s coach in 1994. She was inducted into Oberlin College’s Hall of Fame in 2001. Ann has been the head women’s basketball coach at several universities.

and early 1960s, Lee Johnson was a fan favorite who seldom let them 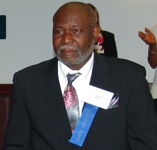 or the team down. During that Golden Age, the Pioneers under the legendary Dale Reichenbach, won or shared four Buckeye Conference championships in five years from 1957 through 1962. In post-season, Elyria won an amazing 10 of 11 sectional and district championships and twice gained berths at the state tournament. The first of those teams was led by Johnson in 1961. It was Johnson who scored what would become the last sudden death field goal to eliminate Lima Senior at the Toledo Regional. Elyria would lose by just two points to Portsmouth, the eventual state champion, in the state semi-finals. Johnson waa named to the All-tournament team at the state tournament and became Elyria High’s first All-Ohio first team selection. Reichenbach praised Johnson as “a team player, a good leader who led by example.” Despite being only 6-foot-4, Johnson consistently outplayed every center he faced as a senior. He set a single game rebound record that may never be broken when he pulled in 31 rebounds against Findlay. He was the Buckeye Conference scoring champion as a senior and was named to the first team All-Conference as a junior and a senior. Johnson played in the prestigious North-South All-Star game and accepted a scholarship to play basketball at Texas Southern University in Houston. Johnson still resides in Elyria and still follows the Pioneers.

Several area Halls of Fame could lay claim to Dan Ternes, but Elyria was the first to honor him in 1995. Ternes’ work as a wrestling and baseball coach at Southview on

ly scratch the surface of what Ternes has meant to both programs. His dedication to both sports is as outstanding as his record. He was also a great athlete at Elyria High, winning sectional and district wrestling

championships. He was the team MVP and went on to a fine career at Bowling Green. After assisting one year at Elyria, Ternes began a legacy at Southview that remains alive today. He led the Saints to five undefeated seasons and 16 conference championships in 19 years. His 1993 team finished second in the state and Ternes was named Coach of the Year. Among his individual champions have been G.T. Taylor, who continued to have an outstanding wrestling career at Arizona State, and Juggy Franklin, who went on to wrestle at Ohio State. Ternes has helped run and organize a number of local tournaments including the Divison I sectional. He has been active in the Lorain County Wrestling Coaches and Officials Association. Ternes has also been very active in youth baseball – most notably at Little League North in Elyria. He coached all-star teams to state tournaments in the Majors division (1988), Juniors (1989) and Seniors (1991). He revived the city’s dormant Big League program for 16 to 18 year olds and took two teams to the state tournament. He took over as Southview’s baseball coach in 1995 and was instrumental in turning Southview’s baseball field into one of the best in the area.

1970s, but his impact is still evident today as far as Panther lore is told. Williams was a fluid scoring machine who reminded local fans of Dr. J (Julius Ervin) or even Michael Jordan. Williams scored points in huge amounts not only for EC but at Walsh College and professionally in France. In two years as a Panther, Williams led Elyria Catholic to 33 victories in 45 games, winning the area scoring title in both years – averaging 20.6 points as a junior and 25.5 as a senior. His 52 point outburst against Lorain Catholic remains the single-game scoring record for the city of Elyria and was the fourth highest single game in Lorain County history at that time. He shot a sizzling 50 percent from the field. He was named first team All-Ohio as a senior and scored 41 points in the Akron Classic All-Star game. He added 26 more points and was the MVP in the Buffalo Classic. At Walsh, Williams played two seasons and set school records for career (1,654 points), season (708), and single game (48). He was NAIA third team All-American and honorable mention in his two years of college ball. In July, 1985, Williams left for Nancy, France to play professionally. He played for better than 10 years.

many, many years. His resume and his wife Eleanor’s (shown with Dr. Stevenson at right) resume read like something out of a Hollywood script. They both graduated from Elyria High in 1940 and certainly had a positive impact on the community ever since. Dr. Stevenson was born in Elyria while Eleanor was born in Tiffin but moved to Elyria at the age of four. They lived in Elyria until 1980 when they first moved to the Vermilion lagoons before moving to Cary, North Carolina in 1986. Dr. Stevenson, after serving in the Coast Guard through World War II, opened his chiropractor office in 1948 and continued to serve athletes from all over Lorain County up to his retirement in 1986.  While Dr. Stevenson was known mostly for helping Elyria High athletes, many area schools were familiar with his practice. Dr. Stevenson passed away in 2015.