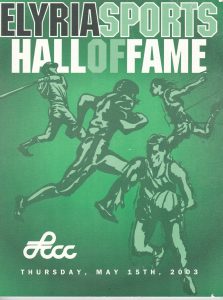 ler is one of the most unique inductees of the class of 2003. Chesler was a one-man swim ‘team’ for Elyria High School back in 1935. Elyria High had dropped the sport in 1934 but Chesler continued his rigorous training at the Elyria YMCA. At his own expense, he competed and finished second at the Lake Erie League meet, second at the North East Ohio district meet, third in the North East Ohio senior competition and fourth in the State Scholastic Championships. His best time for the 100-yard was 1:13 at the district. The state record at the time was 1:12.3. Chesler continued his swimming career at Ohio State where he received his freshman letter for the 1935-36 season and a varsity letter for the 1939-40 season. He graduated from OSU in 1940. Ohio State won the national AAU indoor championship with Chesler contributing a 2nd place finish in the 200-yard breast stroke. Chesler was part of a record-setting 800-yard relay team that established the World Record on February 4, 1939 in a dual meet against Wayne University. Chesler teamed with Olympic breast-stroke champion Johnny Higgins and teammates Al McKee and Bob Johnson to set the World Record with a time of 10:08.6, beating the previous mark held by the University of Michigan by nearly six seconds. Chesler would go on to become a captain in the United States Army – serving in World War II as a navigator, bombardier and a statistical control captain. He served from November 21, 1942 until March 8, 1946. His certificate of separation from the Army states he “navigated aircraft over land and seas by pilotage, dead reckoning, celestial and radio navigation to reach objective at the predetermined time without departing from the intended track.” Chesler passed away in 2009.

Elyria High. Starting with her freshman year in cross country, Densmore won and set records at the Buckeye Conference meet, the sectional, and the district and finished in 1st place at State. She was the first Elyria runner to win a state title in cross country. For the track team, she won the Buckeye Conference, District and Regional 3200m run. Densmore repeated her freshman performance as a sophomore in cross country where she again won the conference, sectional and district meets and finished 3rd at state. In track she won three events at the Buckeye Conference meet (800, 1600, 3200). Densmore won the district and regional 3200 and finished 2nd at state. She repeated conference, sectional and regional first place cross country finishes as a junior – finishing 4th at the state meet – becoming a three-year All-Ohio cross country runner. She was first in four events her junior year in conference track including one relay team. She set district records in the 800 and 1600 and finished fifth in the state 1600 event. Leg injuries prevented Anne from further running competition at EHS but she won letters in swimming and tennis. Densmore still holds the school record in the 5000 meter, the 3200 meter, and the 1600 meter. Densmore continued her athletic career at Ashland College – competing in cross country, track and swimming. She swam on two record setting relay teams (200 freestyle and 400 freestyle) while at Ashland. She continued as an assistant and head coach at several area schools.

quickly built it to respectability. EC had won only three games in the previous two seasons but in Diederich’s 10 years at the helm, his teams won 73 percent of its games (68-25-4) but if you take away his first two seasons (10-8), the percentage grows to 77 percent. After graduating from North Ridgeville, Diedrich went on to Western Reserve University graduating in 1955. He earned his Masters degree in 1965. Diederich is credited with instilling “Panther Pride” and building the foundation that turned Elyria Catholic into a state powerhouse. Seventeen of his former EC players went on to complete careers in college. Diederich also handled the athletic director duties at Elyria Catholic for four years and added wrestling and cross country teams to the program in addition to football, basketball, track and golf. Diederich headed the project to build the Coliseum – still considered by many to be the finest high school facility in the county.  Diederich also installed outside and inside curbs on EC’s track. The athletic program flourished under Diederich’s leadership.

Craig Schumacher, a 1974 Elyria High grad, was a three-sport star at EHS a

nd continued his baseball career at Kent State. He was a pitcher on Elyria Little League West’s state champion team that finished 3rd in the World. That team has already been enshrined in the Elyria Sports Hall of Fame. Schumacher pitched the victory over Puerto Rico in the World Series. Schumacher was a punter and split end on Elyria’s Buckeye Conference football champions in 1972. His 30-yard reception for a TD on a fourth down play netted Elyria a 7-0 victory over Lorain and a share of the Buckeye Conference championship in the season finale. In basketball, Schumacher was a member of Elyria’s regional champions in 1973 and was one of the key members of Elyria’s 14-6 team the following year. Against Southview, Schumacher connected on 11 of 13 floor shots, added two free throws as Elyria won, 71-67, behind his 24 points. On the baseball field, Schumacher’s pitching led EHS to two Buckeye Conference titles. He won two letters in football and basketball, three in baseball – earning the sought-after George Day award his senior year.  At Kent, Schumacher was a starting pitcher all four years for the Flashes. Schumacher was named to the Cuyahoga ‘AAA’ baseball hall-of-fame in 1984.

Slavin became Elyria Catholic’s first-ever All-Ohio football player for the 1971 season. Slavin was a first team defensive back and was called “the finest defensive back I’ve had in my 12 years coaching” by then Elyria Catholic head coach Tom McCartney. Slavin was in on 53 tackles, caused two fumbles and intercepted five passes. He was also the captain of EC’s basketball team and earned All-State honors for his American Legion Post 12 baseball team (EC did not field a baseball team in those years). Slavin was a three-year letterwinner in both football and basketball for the Panthers. He went on to participate at the University of Toledo for two seasons (including one year of baseball). 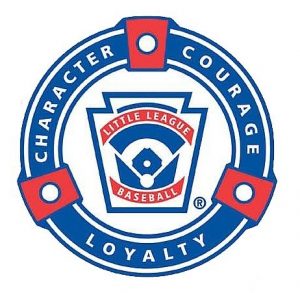 For the first time since the Distinguished Service Award was first presented in 1991, a group of people rather than an individual was recognized by the Elyria Sports Hall of Fame with the class of 2003. After playing at numerous locations in its first 50 years, Little League East brought all of its age groups together at one complex — apply named after Elyria’s most famous athlete — Vic Janowicz. The Vic Janowicz Park off Chestnut Ridge Road has eight baseball and softball

diamonds, a concession stand and restrooms along with a paved parking lot all thanks to the work and contributions of the Friends of Little League East. Ground was first broken in 1991 and the fields were ready for play a little more than a decade later. The league had to borrow money three different times — peaking at $180,000. Project co-chairmen Bill Bird and Jim Grace put together the fund-raisers and hurdled all the roadblocks to get the park completed. The Mortgage was burned on Memorial Day weekend just a few weeks after being honored by the ESHOF. The project spa 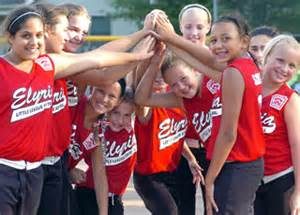 nned the league presidencies of Grace, Greg Oliver, Rick Medvetz, Joe Scarbrough and Kevin Brubaker. In recent years, the park has played host to numerous district and state tournaments all thanks to the hours of service volunteered by parents, players, coaches and sponsors. The efforts of the Friends of Little League East enabled Vic Janowicz Park to host numerous state and regional tournaments in both baseball and softball.