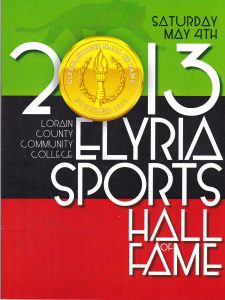 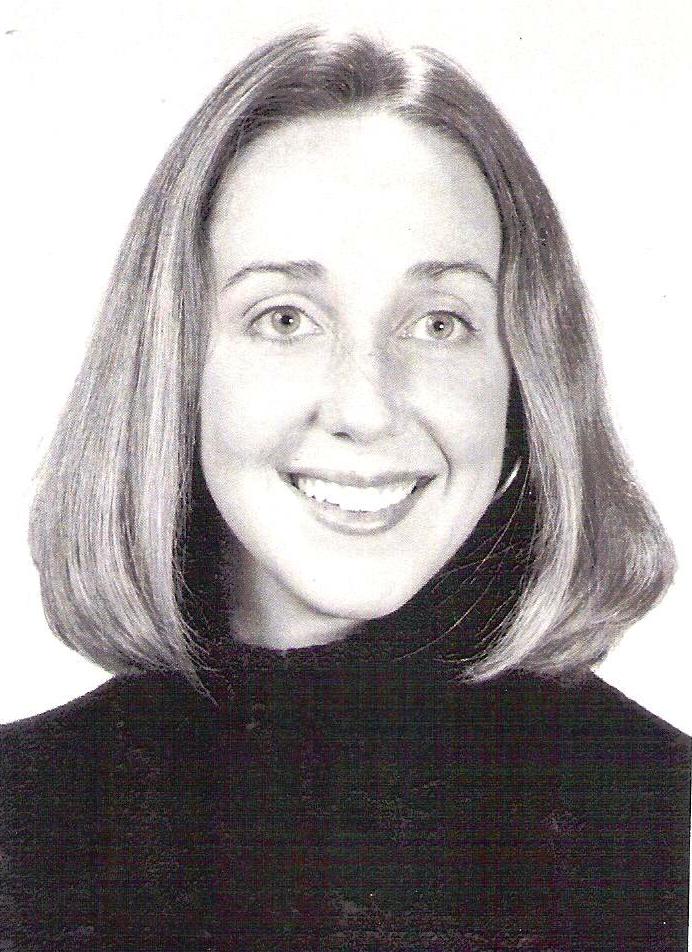 Elyria High’s rich volleyball tradition has produced many outstanding All-Ohio volleyball players under the leadership of Carol Russo, a 1999 inductee of the ESHOF. This year, Dr. Brooke Bader joins that group enshrined as a member of the exclusive club. Bader along with Erinn Kingman, were members of the 1996 state runnerup and both were selected All-Ohio. Kingman and the team were enshrined as part of the 2012 Class. Elyria won 28 straight games before losing in the State Finals against Cincinnati Seton. Bader was awarded a scholarship to Bucknell University – graduating in 2001 after winning four volleyball letters. She graduated from Ohio State College of Optometry in 2005 and is currently partners in Avon Eye Care. Bader was also Elyria’s leading rebounder on the Erie Shore conference champion basketball team as well as a member of the softball team. Brooke, her husband Jeff and two daughters reside in Avon. 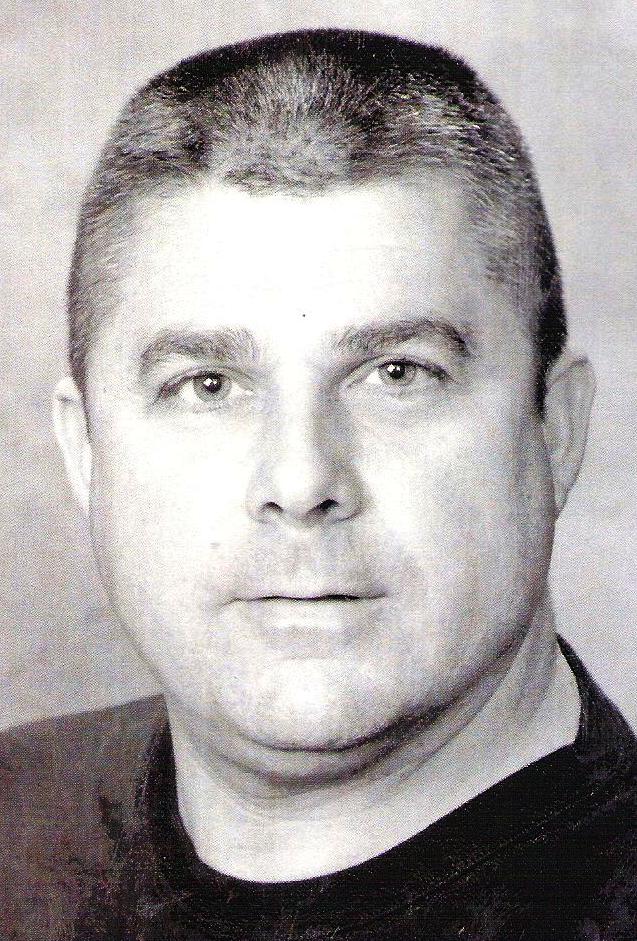 One of the most successful softball coaches in the state of Ohio, Ken Fenik joins the elite group of mentors inducted into the Elyria Sports Hall of Fame. Under Fenik, Elyria High has won two state softball championships, finished runner up three other times and qualified for the final four on eight different occasions. He has compiled a record of 428-75, tied for 13th – all-time in the state of Ohio. Under his tutelage, Elyria has produced many All-Ohio and Collegiate softball stars and his program has become one of the most respected in the state.

Sometimes being the little 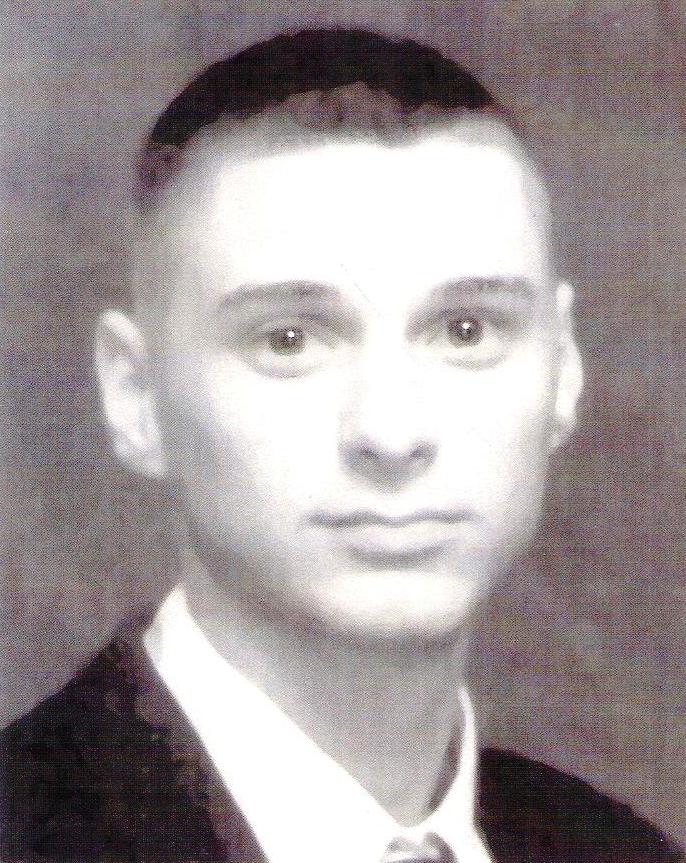 brother gets lost in the shuffle but Adam Larrick found a way to strike his own mark in the lore of Elyria High basketball. He followed his brother Brett’s legacy as an outstanding player for the Pioneers. Adam also followed Brett to Charleston Southern where is remains one of the school’s most prolific 3-point scorers. He scored 1,078 points at Charleston. At Elyria, Adam averaged over 20 points a game during his junior and senior seasons – scoring a career 954 points – ninth all-time at Elyria. In 1994-95, Larrick led the Pioneers to their last conference championship. As a junior, his high game came against Southview when he scored 37 points in an 81-68 win over the Saints. 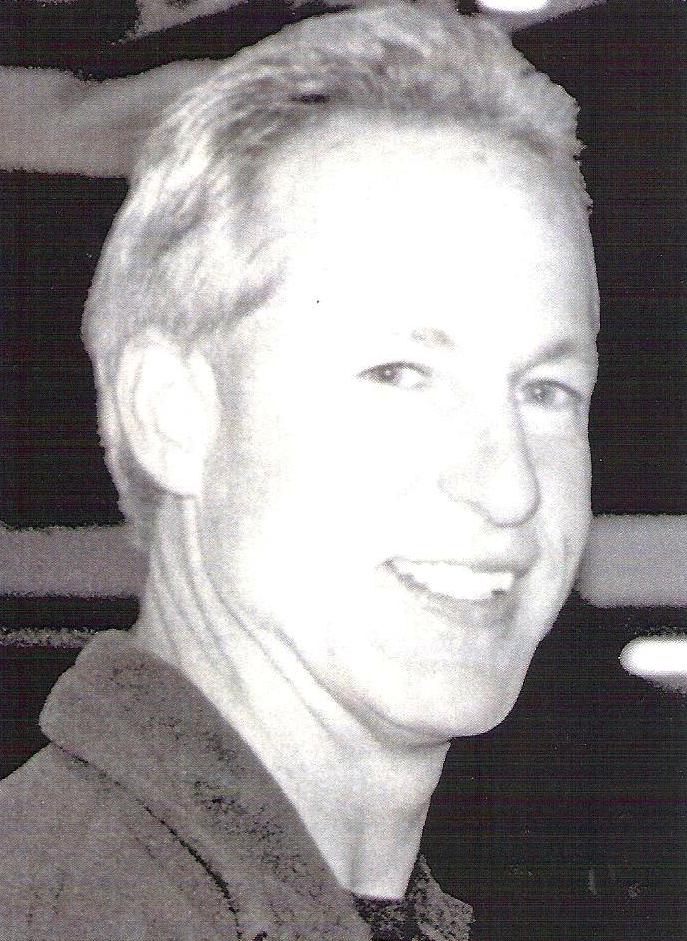 The first of three state champion football teams had a number of outstanding players but the quarterback of the first champion was Briant McLaughlin. At EC, McLaughlin won three letters as a quarterback and defensive back. He was second team All-Ohio. At Ashland University, McLaughlin was the Eagles interception leader in 1981 and remains fourth all-time in career interceptions. His daughter Brianne joined him in the Hall of Fame in 2018. 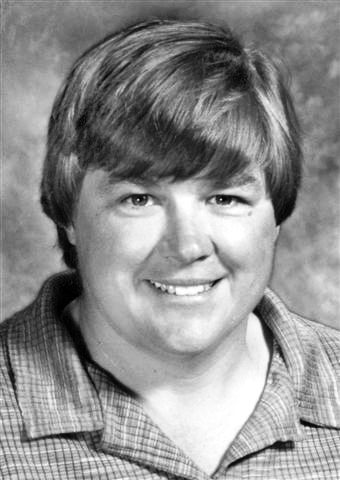 The most difficult task of the Validation Committee of the Elyria Sports Hall of Fame was not whether Jan Sito belonged in the Elyria Sports Hall of Fame but rather deciding what category she fell under. An outstanding athlete in her own right, Sito is a member of the Lorain Sports Hall of Fame (inducted 2000) through her association with the Old Dutch Brewerettes from 1961-1969 where she was the hard-hitting catcher on three state championship teams. She was a successful softball and basketball coach at both Elyria and Elyria Catholic as well as Southview. She continues to officiate at local softball and volleyball contests in the area. In 1969, she competed at LCCC in softball, field hockey and basketball. Sito comes from a well-known athlete family with scrapbooks full of memories and great contributions to the Elyria sporting scene. 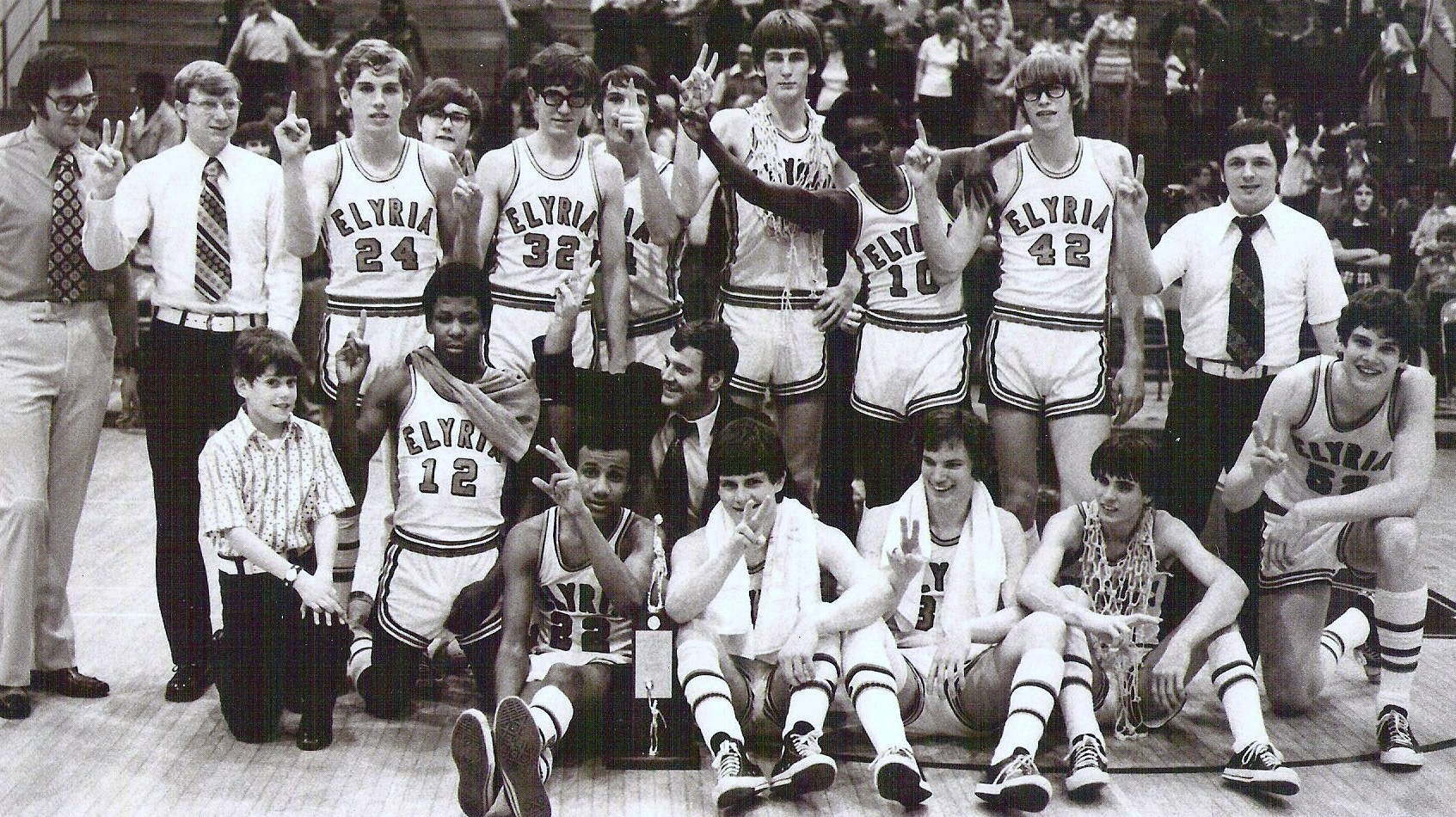 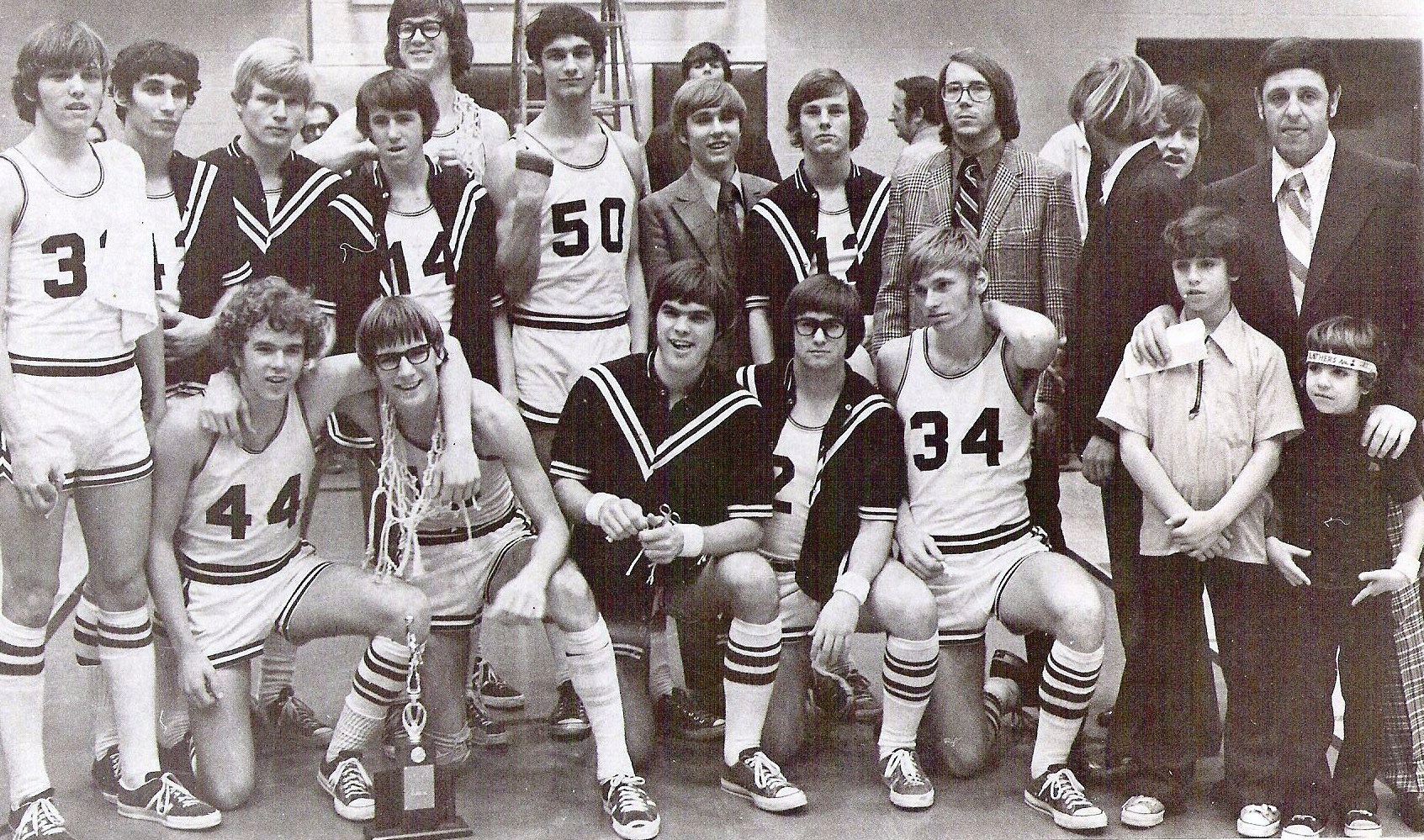 The City of Elyria not only sent one team to the final four in 1973 but two when both Elyria High (below, right)) and Elyria Catholic (left) made history by winning weather-delayed regional championships in the same season. The Panthers, coached by Hall of Famer Bob Guinta, finished 24-2 and won the North Central Conference crown. The Pioneers, coached by Mike Riley, finished 21-4, losing the Buckeye Conference crown to Admiral King by a single game but both teams came through with several clutch performances at tournament time. EC won the Elyria AA Sectional by edging Independence, 56-55, and North Ridgeville by the bizarre final score of 10-8, a game that the Rangers decided to just hold the basketball. Earlier in the year, the Panthers won easily, 54-34. At the district, EC defeated Olmsted Falls, 54-53, and Twinsburg, 57-45, to qualify for the Sweet Sixteen. Elyria Catholic (below-right) got past Warren LaBrae, 68-63, and Youngstown North, 59-45, to make it to the state tournament where Delphos St. John won, 72-61. Russ Sherman, the first EC player to be named All-Ohio, led the Panthers with an average of 17.5 points and 10 rebounds a game. Rick Schneider, Paul Zemanek, Al Noll, Mike Rushinsky and Mark Ta lerek made up the others of the primary six players legendary coach Guinta utilized during the season. Talarek led the team in assists with 145. Schneider was second in scoring and rebounding. EC’s defense held opponents to less than 50 points a game while scoring nearly 63. Elyria Catholic won 18 straight games after an early season loss to Clearview. For Elyria High, the road to the state tournament was similar. The Pioneers beat both Lakewood St. Edward and North Olmsted by a scant three points each to win the sectional before knocking off host King in the district semi-finals by 58-57, in a wild nip-and-tuck contest. Elyria qualified for the Sweet Sixteen by knocking off Medina. At the John Carroll regional, Elyria pulled consecutive upsets – beating Cleveland Kennedy, 56-55, on Friday night before finally beating favored East Tech on Sunday after a postponement of Saturday’s game due to a crippling snow storm. At the state tournament, the Pioneers rallied against eventual champion Cincinnati Elder before losing, 64-59, after a controversial blocking foul call prevented Elyria from a chance to tie the game. Jay Underman, who a few years later died in a tragic automobile accident, was Elyria’s leading scorer (17.3) and rebounder (12.4). John Mongerson (12.6) and Jerry Gilbert (10.5) could also be counted on to score. Dave Sellers, Gary Stevenson, Jeff Smith, Eclister James and Bob Bosely all played key roles.

The Chronicle Telegram in

general and the Hudnutt family in particular were always an integral part of the success of the Elyria Sports Hall of Fame. Art Hudnutt, who was inducted for his outstanding golf career, was the ESHOF Master of Ceremonies for many years. Cooper, an avid Cleveland Browns fan, became a great supporter of the Hall of Fame. With Cooper’s support, The Chronicle was always willing to share its expertise in creating and publishing the program for the event each year and gave the Hall of Fame tons of valuable free promotion. “Coop” was also a great supporter of Little League East.