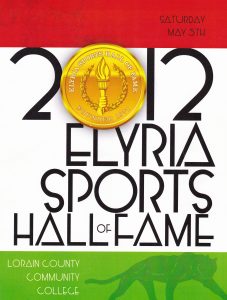 The youth of Elyria o 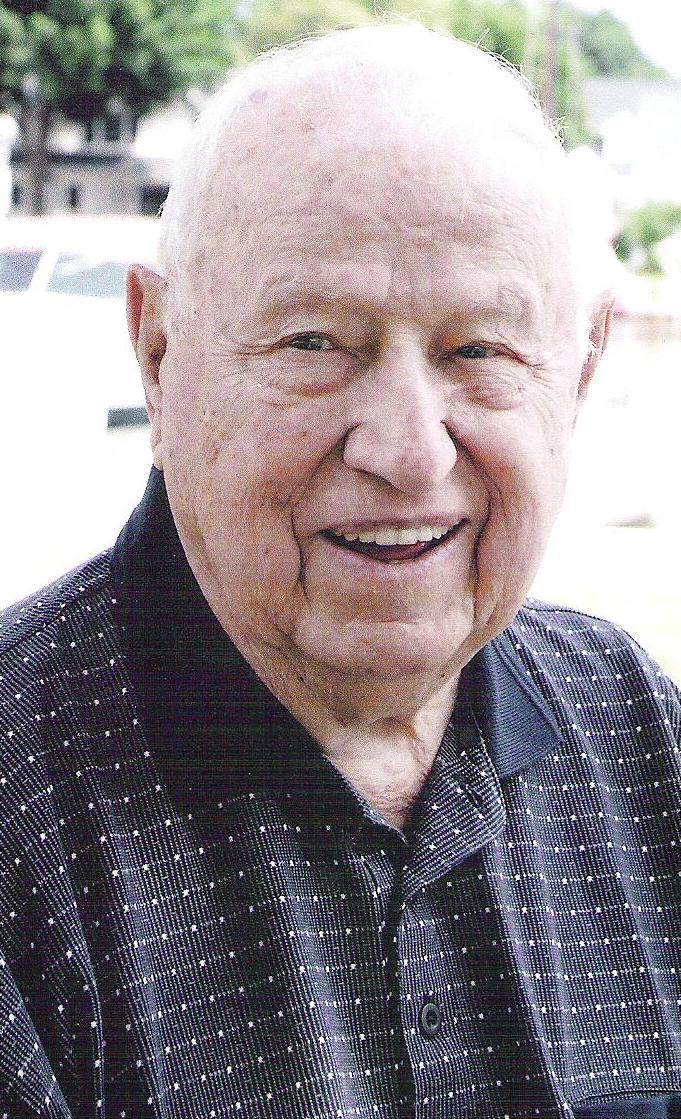 wes a great deal of gratitude to Paul “Polly” Fritz, who along with Herman “Shorty” Lappin, organized Little League Baseball in the city of Elyria. In 1940.  Fritz is 94 years old but has left a legacy of great achievements in the city among them the formation of the New Year’s Day Mud Bowl, a tradition that started in 1937. This past New Year’s marked the 75th annual game pitting the 38 Club and Bittner-DeCarlo Funeral Home on the Hamilton School field. In 1936, Fritz was a starter on Elyria High’s state tournament basketball team – the first EHS team to qualify for the state tournament. Fritz was an outstanding fast pitch softball pitcher, a scratch golfer and very good bowler. Fritz passed away in September, 2016. 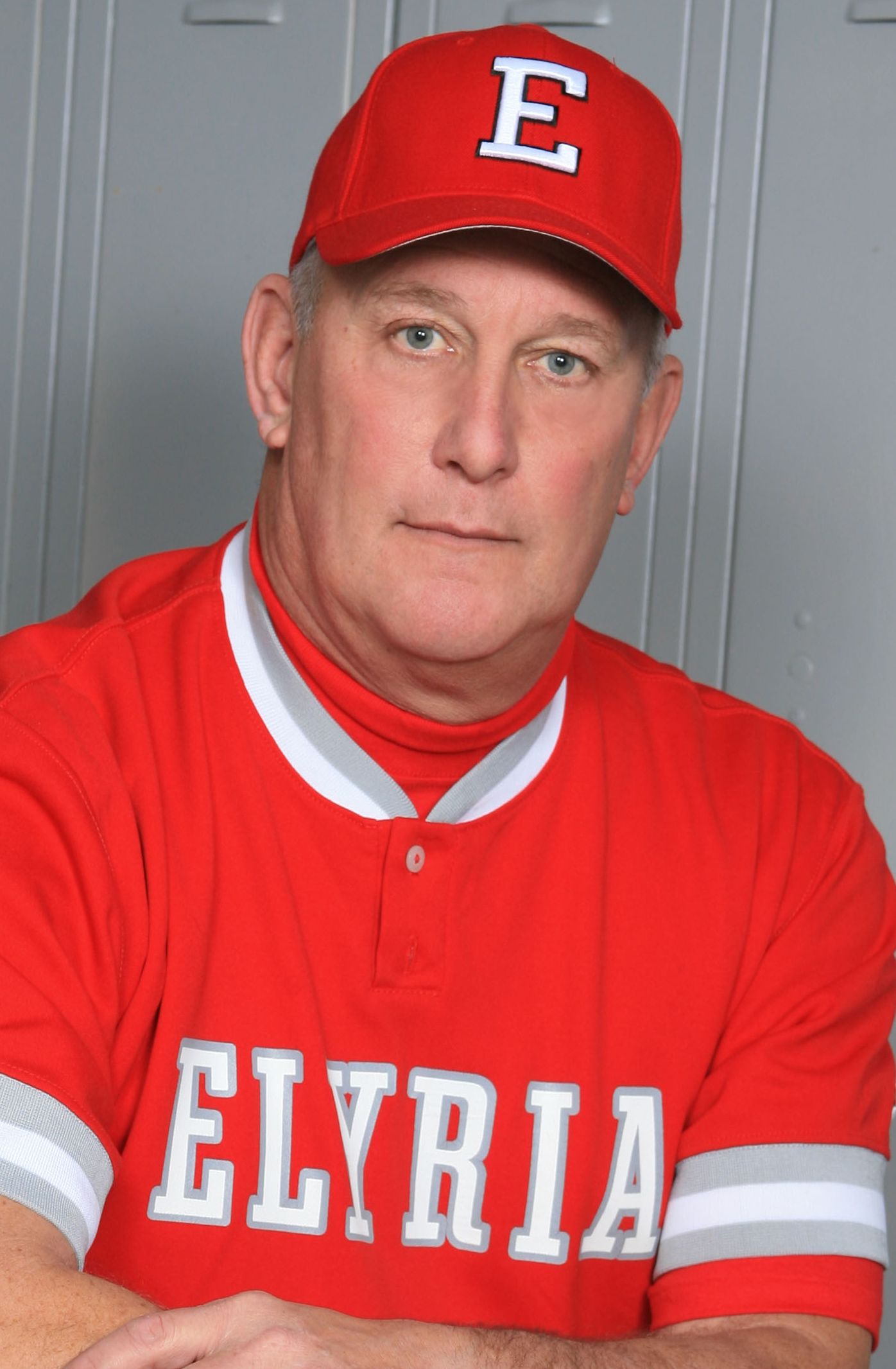 Karpinski, already enshrined in four other Halls of Fame, won 236 games as Elyria High’s baseball coach including six conference championships, five sectional crowns, three district titles and one final four appearance in 1992. “Karp” as he’s affectionately known as, has also been enshrined in the Baldwin-Wallace College, Keystone, NE Ohio Baseball Coaches and the Ohio High School Baseball Coaches Halls of Fame. He was always able to keep the game fun for his players but his team’s were always fundamentally sound and disciplined on the field. 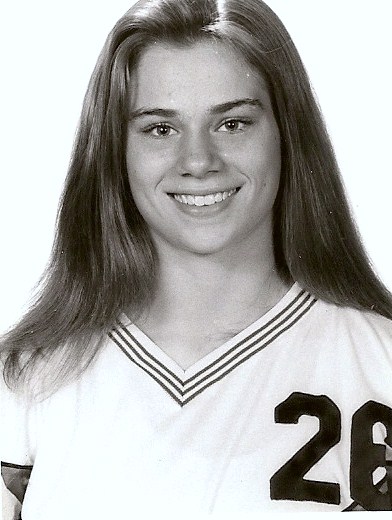 as first team All-Ohio as a setter for the Pioneers who were ranked as the best team in Ohio during the season and finished runner-up at the state tournament in Dayton. She was Lorain County’s Miss Volleyball her senior year and was named the County’s and Conference’s Player-of-the-Year in both 1995 and 1996. The year before, as a junior, Kingman was named to the 2nd Team All-Ohio. Twice during her career the Pioneers qualified for the state tournament. Kingman’s teams won 74 games and lost only eight during her three years on the varsity. Kingman also lettered in basketball and softball at EHS. She was an acedemic All-Ohio in basketball and earned a total of 10 letters at EHS. At Cleveland State, Kingman graduated as the career leader in Assists and Total Sets for the Vikings. She won CSU’s Director’s award for having the highest accumulative grade point average for student athletes. She also was a prominent member of the 1996 Elyria High Volleyball team, also enshrined in the ESHOF in 2012. 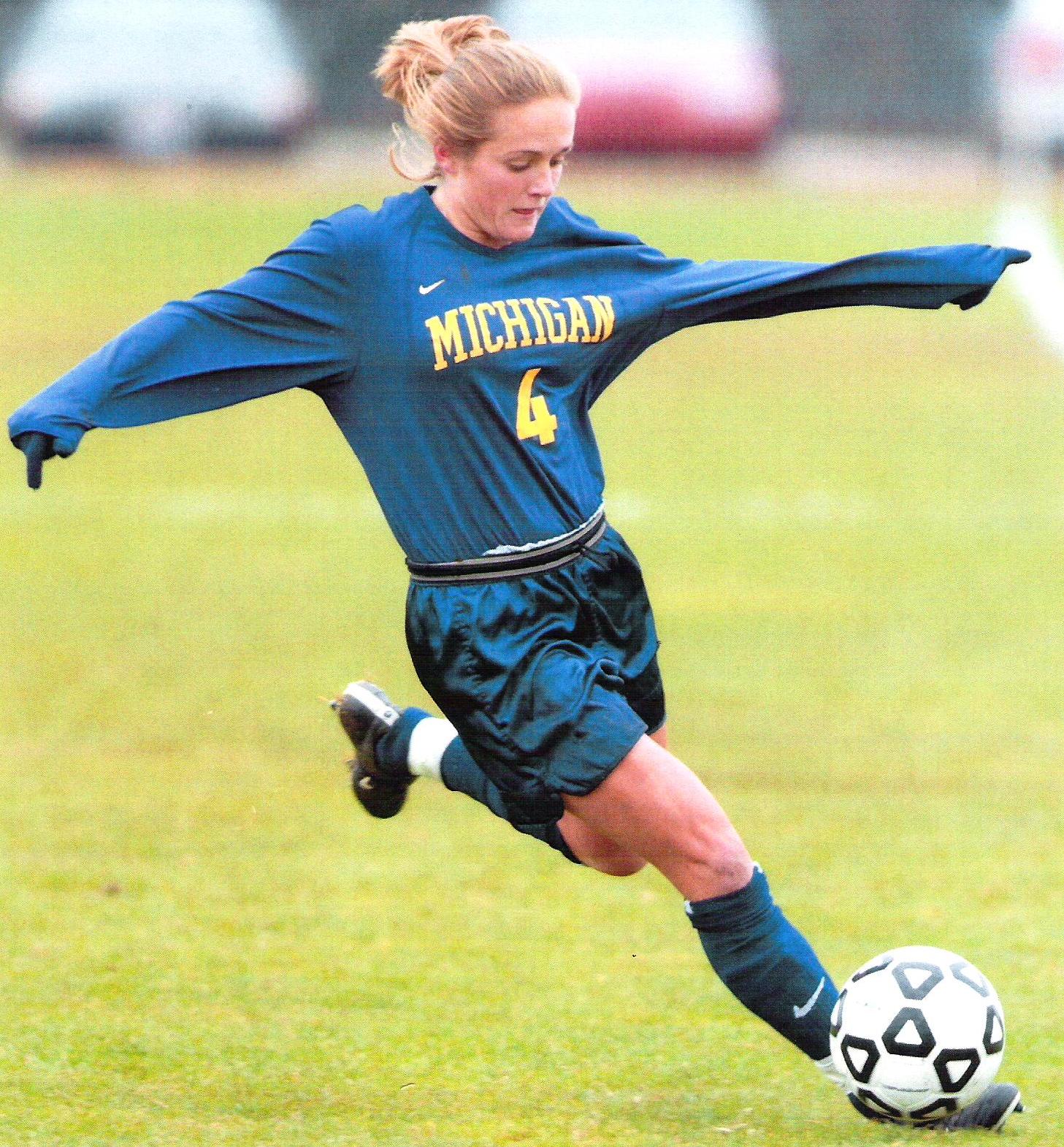 Kleinholz becomes the first-ever soccer player to be enshrined in the Elyria Sports Hall of Fame. An All-Ohio player in 1999, Kleinholz is Elyria Catholic’s all-time leader in assists and goals scored for a season and career. She was Lorain County’s MVP and was the Plain Dealer’s Player of the Year. She continued her career at the University of Michigan where the Wolverines twice qualified for the NCAA “Sweet Sixteen” and once qualified for the “Elite Eight”. She ranks eighth in terms of games and minutes played. Kleinholz also played professionally for the Detroit Jaguars. 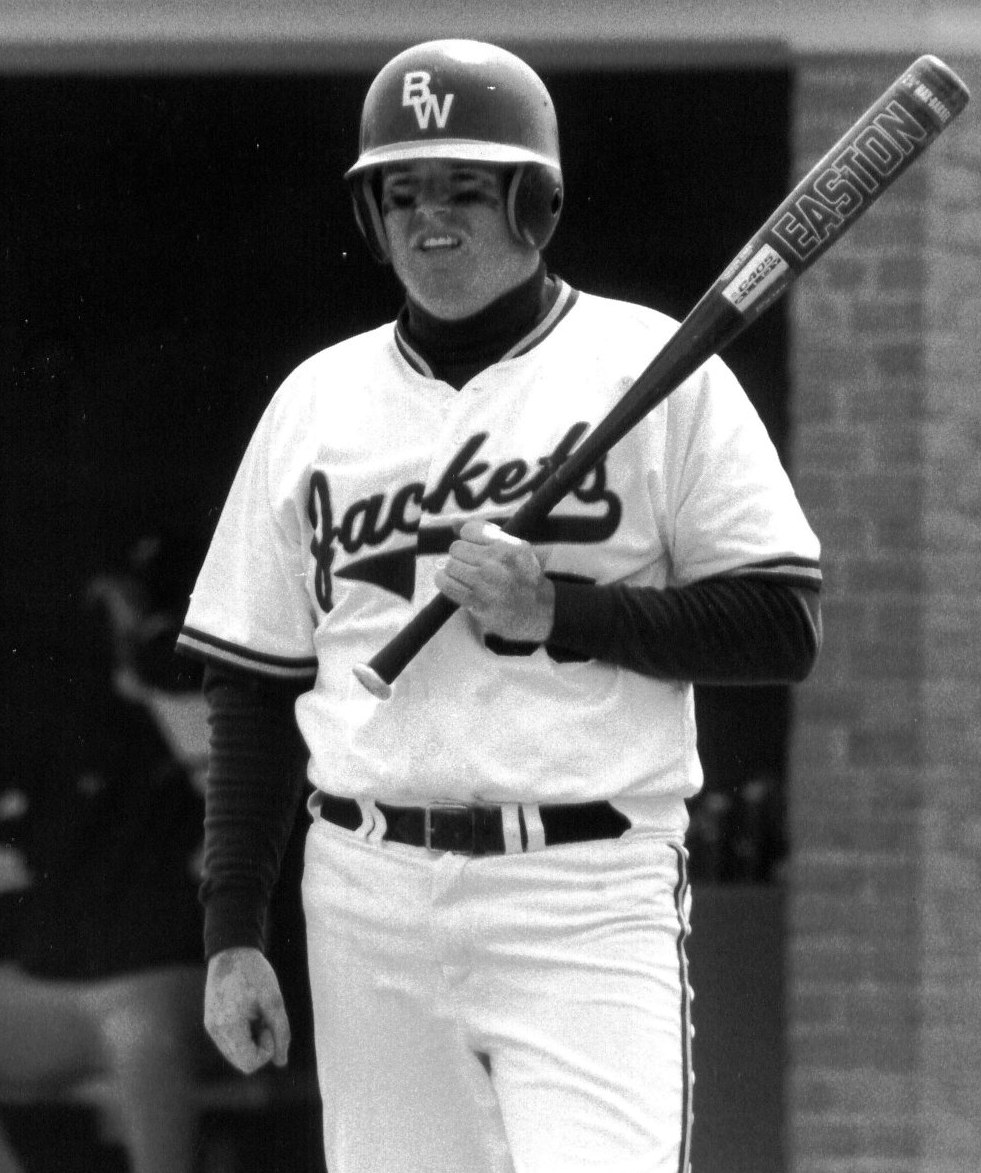 Elyria High has had its share of outstanding baseball players including hard-hitting Mark Stomieroski, a 1993 graduate. A first-team All-Ohio, Stomieroski hit .562 during Elyria’s state tournament run in 1992 – smacking four doubles, a triple and a home run with 14 runs batted in. At Fairmont College, he hit over .300 before transferring to Baldwin-Wallace where he batted .397 with two home runs and 13 RBIs in just 20 games. Coach Curt Karpinski, who is also being inducted this year, called Stomieroski one of his best hitters he had coached. 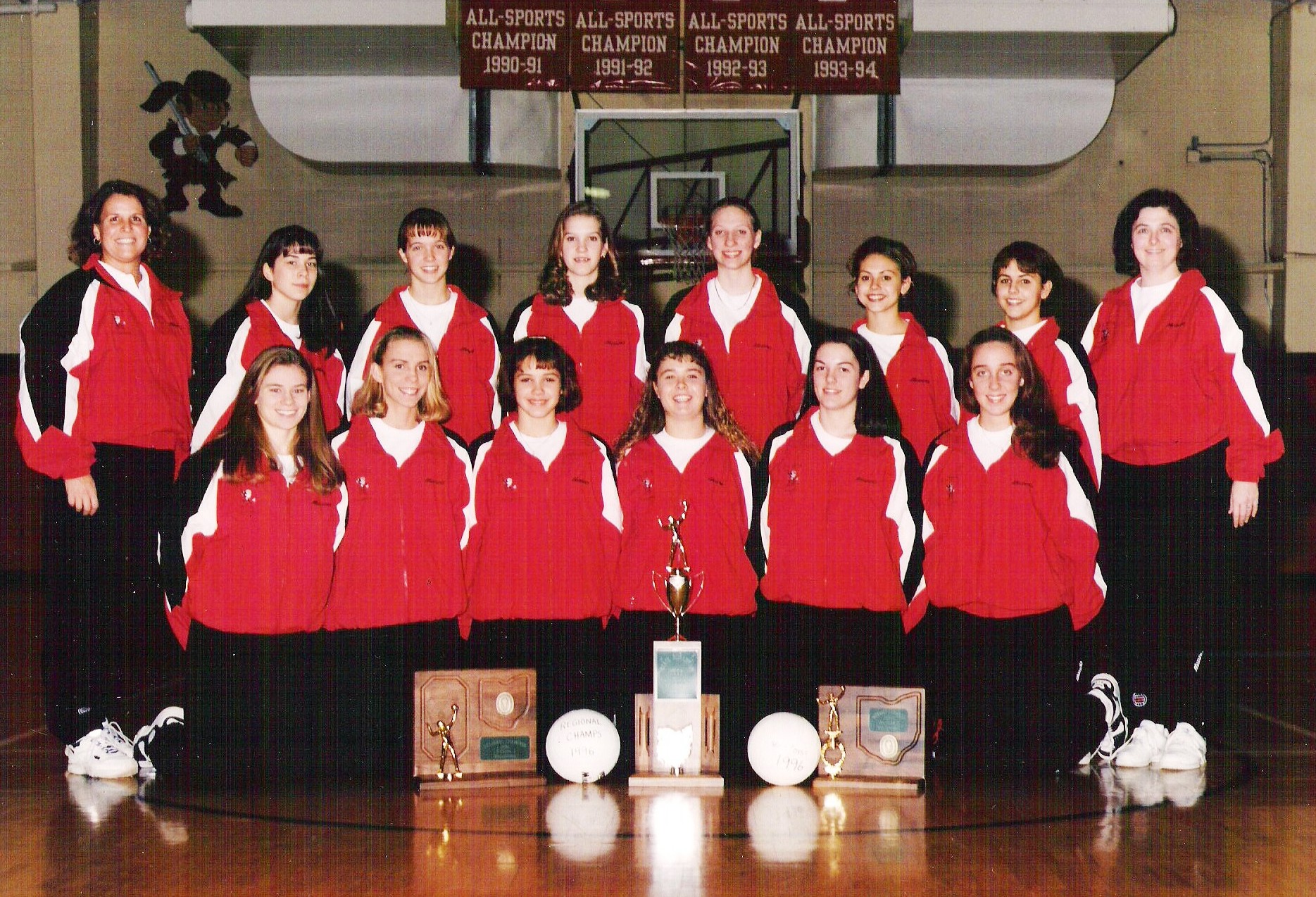 Carol Russo created a dynasty in volleyball at Elyria High during her 26 year Hall-of-Fame career but perhaps the pinnacle was her 1996 team that advanced all the way to the state finals before losing to unbeaten Cincinnati Seton at Dayton. The Pioneers finished the year 28-1 led by seniors Erinn Kingman, Brooke Bader, Amber Nagy, Courtney Shaffstall and Sarah Verhoff. Other members of the team were juniors Alison Mattey, Heather Brady, Stacy Fenwick and  Rachel Cragun along with sophomores Kristi Branam, Jenn Snyder and freshman Jessy Verhoff. Kingman and Bader were named to the All-Ohio team. 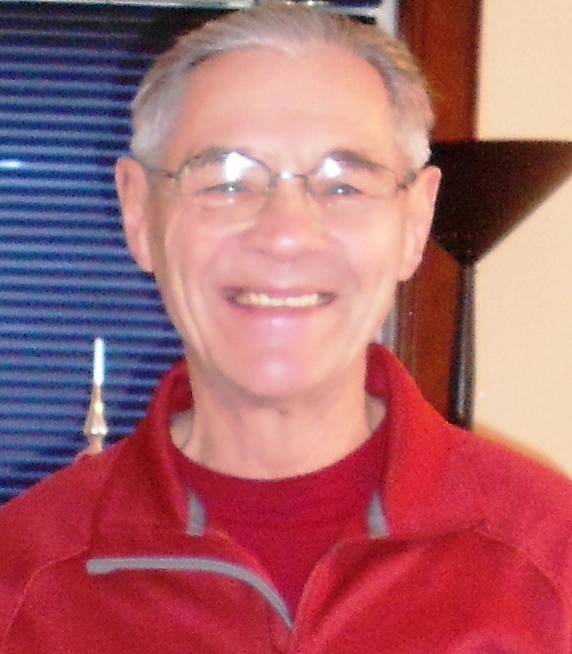 Jim Mackert has long served area athletes in a variety of officiating sporting events including baseball, softball, volleyball and track. Mackert has represented Elyria by running in the Cleveland Marathon for each of the years the event has been held.