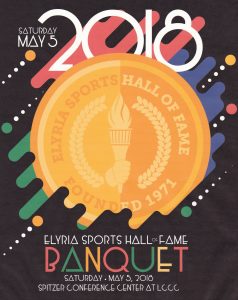 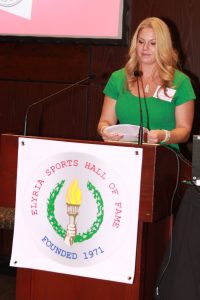 Elyria High’s softball success can be traced back nearly three decades when Lindsay Anderson Brown literally had a hand in the Pioneers’ first trip to the state finals in 1994. A three-time All-Ohio pitcher, Lindsay led Elyria to an incredible four-year mark of 75-16 record. She also played three years on the volleyball team and four years on the basketball team. She joins her older sister Ashley in the Hall of Fame. Ashley was inducted in 2007. Lindsay continued her softball 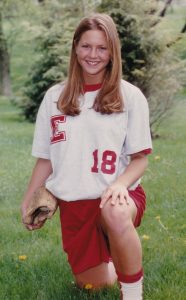 career at Barry University (Miami Shores, Florida) where she pitched in the D-II national championship game. She pitched for the Bucs from 1998 through 2001 – winning 126 games. Her name is listed in the NCAA record book for throwing 21 innings in 2001 against Florida Southern before Barry won the game on her RBI hit in the top of the 21st inning. Lindsay holds Barry University’s record for complete games (97) and games started (119). She was Barry’s only pitcher to post back-to-back 20 win seasons in 1998 and 1999 and finished with a career ERA of 1.28. Of note, she was an academic All-American three times while at Barry. Lindsay has been married 10 years to Carrington Brown, a former Soccer player at Barry, and they have three daughters – Lois Jane (7), Blake Carrington (4) and Samantha Colleen (2). She received her MBA from Texas Christian in Dallas and was a marketing rep for Dr. Pepper in Dallas for many years prior to the birth of her third daughter. Currently she is a stay-at-home mom. 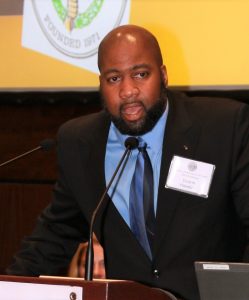 Elyria West owned the Lorain County Conference in football in the 1990s under Darrell Mayne and one of the reasons for that success was tailback Duane Hawkins from 1992-94. Duane was named D-III All-Ohio as a senior tailback, rushing for 1,147 yards and 22 touchdowns, scoring a 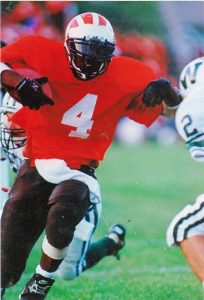 school record 134 points. In his three-year varsity career, Duane, 6-foot and 205 pounds, rushed for 2,967 yards and 46 touchdowns as West won 30 games and lost just twice. Twice during Duane’s high school career, the Wolverines were 10-0 during the regular season and won West’s first and only post-season playoff game against Amherst in 1992. The Wolverines lost the following week to eventual state champion Fostoria on a trick-play that has been outlawed by the OHSAA since.  Duane was also an outstanding defensive back. In track, Duane was a member of the state champion 4X100 relay team in 1995. He was West’s MVP as a sophomore in the 100, 200, and 4X100 relay team – scoring 159 points during the regular season. He currently resides in Avon. 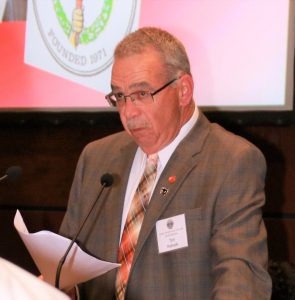 Lorain County has celebrated many state champions but only one in baseball. The orchestrater for championship run was long-time mentor and Coach Tom Kubuski and his is Elyria West Wolverines in 1992. In 35 years, Tom fashioned an outstanding baseball coaching career at West, North Ridgeville, Oberlin and Elyria Catholic – winning 383 games over that span. His 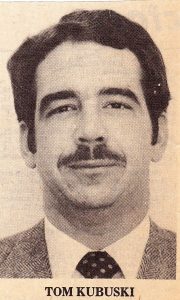 teams won 13 conference championships, nine sectional titles, two district and two regional titles. Not only did he win the 1992 D-II state baseball title but he took the Wolverines to the state semi-finals in 1986. In girls basketball, he spent 18 years as Elyria West’s coach, winning 217 games, six sectional titles and two district championships. Tom was a great athlete in his own right at Midview. His father – Edward – was a legendary teacher and coach at Midview where the current gym — Ed Kubuski Gymnasium – is named for him. Tom was an outstanding baseball and basketball player for the Middies – graduating in 1972. For many years, he was the voice of Elyria West football and his dry sense of humor as the public address announcer is still talked about to this day. He is married to Marti and has three sons – Ben, Paul and Andrew. 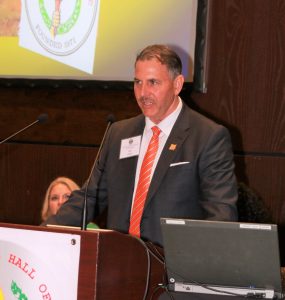 Elyria West High School produced many great athletes in its history including Jon Laird, a two-sport star for the Wolverines. Jon was a member of Elyria West’s 1977, 1978 and 1979 football teams, receiving All-State recognition in 1979 as a linebacker. He was a two-way starter on West’s 1978 Conference champion team. In baseball, Jon excelled as a shortstop for the Wolverines. He was first team All-District and All-County in 1980, 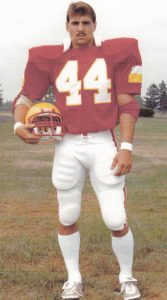 his senior year. In the city’s Big League, Jon pitched three one-hit games and hit three home runs. A 1984 graduate of Oberlin College, Jon played both baseball and football for the Yeomen where he earned eight varsity letters (four in each sport). He was a three-time first team Ohio Athletic Conference selection in football where he recorded 320 tackles and 10 interceptions in his career. He was also the team’s punter. On the baseball team, Jon played shortstop and pitched for the Yeomen – hitting .300 and finishing with a 3.60 ERA. He was the team’s MVP as a junior. To show his versatility, Jon was invited to throw the javelin for the Oberlin track team in three meets as a senior and he finished first in all three. In 2002, Jon was inducted into the Oberlin College Hall of Fame. Jon became a long-time assistant coach at both Elyria West and Elyria High and later assisted at his alma mater Oberlin. Jon is married to Joy and they have two sons – Jon Jr. and Jack. 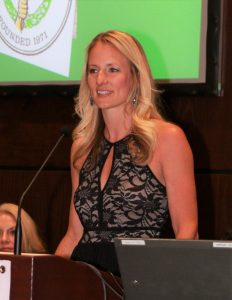 It isn’t often the Elyria Sports Hall of Fame is able to recognize Olympic greatness – especially in the sport of Hockey but Brianne McLaughlin, an Elyria Catholic graduate, is just that. Brianne McLaughlin was a member of US National Hockey team from 2010 through 2014. She competed in track, volleyball, basketball and hockey while at EC – graduating in 2005, where she held the school record in the women’s 100, 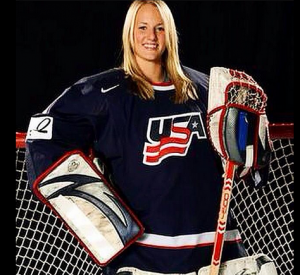 200 and 400 meter dash. Brianne was an outstanding goalie while at EC and earned a scholarship to Robert Morris University where she set an NCAA record for career saves with 3,809. She was a 4-time MVP at Robert Morris and first team All-College Hockey America in 2008 and 2009. She earned a pair of Silver Medals for the US team in Vancouver (2010) and again in Sochi, Russia (2014). She is the daughter of Briant and Susan McLaughlin and the sister of Michael. She currently resides in Coraopolis, Pennsylvania. Briant was inducted in the ESHOF in 2013. 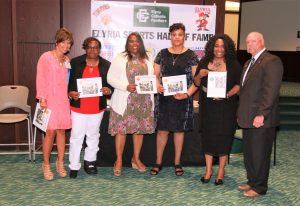 The Elyria Sports Hall of Fame welcomes its second track relay team to the exclusive list of inductees. The 1977 Elyria High Women’s 880-Medley Relay team won the state title with a record shattering time of 1:49.1. Gloria Barbee (sophomore), Betsy Riccardi (senior), Tammy Porter (junior) and Betty Halliburton (sophomore) took first place in record time. The girls also scored points at the state meet in the Mile Relay by breaking the four minute barrier for the first time, finishing with a time of 3:59.6 to finish second behind Upper Arlington. Rhonda Ransom (senior) and Tina Brown (sophomore) joined Riccardi and Halliburton on the mile relay team. The record time in the mile relay stood as an Elyria High record for 29 years. Elyria’s girls finished seventh overall with 19 points, one point shy of a four-way tie for fourth place. It was the first time an Elyria relay team became state champions in a single event. It’s only the second EHS relay team to be inducted into the Hall of Fame. The 1935 men’s mile relay team was honored in 2000. 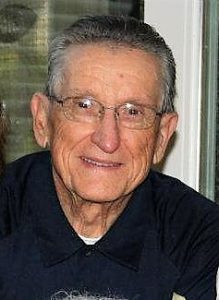 Since 1991, the Elyria Sports Hall of Fame has honored those individuals with the Distinguished Service award for being active in the community in a variety of ways. The late Steve Kaminski is receiving the honor this year for his outstanding service to the Elyria community during his lifetime. Steve was an original member of the ESHOF board of trustees when the group was first organized in 1971 to honor those outstanding athletes and coaches from the city of Elyria. He was also the chairman of the Elyria Boxing and Wrestling commission and served as manager and coach for many Little League Baseball teams. He was a great supporter of high school and sandlot sports throughout his life. Steve competed in an unprecedented record 65 straight Mud Bowl Softball game – an Elyria tradition – on New Year’s Day at Elyria’s Hamilton School field. Steve passed away in 2014 but his legacy continues.